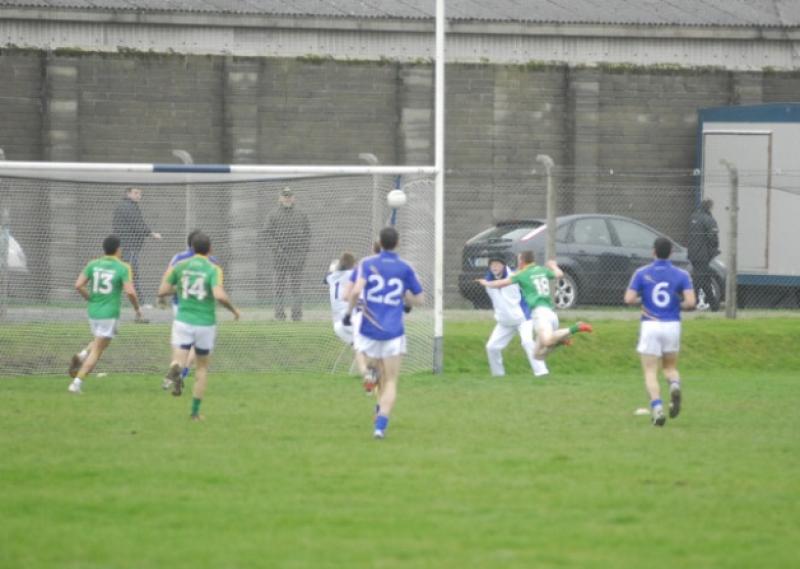 Fortress Aughrim was well and truly stormed last Sunday thanks to a second half display that speaks volumes of Letirim’s ambitions for this Allianz Leauge campaign.

Fortress Aughrim was well and truly stormed last Sunday thanks to a second half display that speaks volumes of Letirim’s ambitions for this Allianz Leauge campaign.

Leitrim’s record in Aughrim, or anyone elses in the Wicklow hills, hasn’t been a lot to write home about but Sean Hagan’s team well and truly shattered any hang-ups they might have by leaving the home side for dead in the second half.

With Leitrim fans gathering excitedly on the field to celebrate after the final whistle, the aftermath almost felt like a championship win for the Green & Gold and in some ways, it was as this Leitrim took laid down an important marker for the remainder of the League campaign.

With just a point between the teams at the halftime interval, Leitrim looked to be facing down the barrel when Wicklow were awarded a penalty just 30 seconds into the second period.

But when Paul Earls smashed his spot-kick off the post, Leitrim demonstrated just why this team can go all the way this year and win promotion - they cleverly worked the ball down the field and Kevin Conlan fired the ball over the ball in a real sickener for Wicklow as instead of being two points up, they were now two points down.

From then on, an inspired Leitrim simply ran the legs off Wicklow and if there is one fault with last Sunday’s performance, it was that the nine point winning margin simply didn’t reflect the overall dominance Leitrim enjoyed on the day!

Truth be told, had Leitrim won by another five or six points, it would not have been undeserved as Leitrim’s attacking play has been transformed in the last two games.

The re-introduction of James Glancy, which came about after the desperately unfortunate injury suffered by Tomas Beirne, has led to a revising of Leitrim’s attacking style.

Less high balls and more measured approach play with more support has seen Leitrim score 1-17 in two consecutive matches - something that may be a record for the Green & Gold but it also hints at an attack that has a potent and deadly look.

Many of the scores were top class but it was the movement of Robbie Lowe, Cox, Emlyn Mulligan and James Glancy allied with the immense work-rate of Darren Sweeney in the middle of the park and runs from deep from Wayne McKeon left Wicklow chasing at shadows.

All but one point of the 1-17 came from forwards, Emlyn Mulligan weighing in with seven points and Ray Cox again illuminating his worth with incisive forward play and enthusiasm that typified the forward division’s day.

Danny Beck too made a successful return to the county colours, his energy fitting in brilliantly with the hard running of the Hickey brothers, Gary Reynolds, Wayne McKeon, Barry Prior and Paddy Maguire.

Donal Wrynn continues to make the full-back position his own and apparent from a few wobbles against his DCU team-mate Conor McGraynor, the Fenagh man was rock solid at the heart of the Leitrim defence.

Leitrim did start the game with a surprise as Sean Hagan recalled Enda Lyons to the starting line-up, quite a turn-up for the books after he was only brought into the Leitrim panel as back-up to Philip Farrelly once Cathal McCrann was ruled out with a shoulder injury.

Lyons, the current Leitrim Minor manager, did very well when he came on, making some great saves and giving the back-line confidence but it can’t have been easy for Farrelly to see himself supplanted as McCrann’s back-up after one game.

Leitrim now face a trip to Dungarvan next Saturday to take on a struggling Waterford, knowing that a win would leave them in a great position when they take on Tipperary.

Waterford may be going through a rough period but they did draw with Tipperary earlier in the year and do pose a challenge. Yet with the confidence running through the camp, Leitrim will be chomping at the bit to take on the Munster men.

Leitrim definitely have stepped up a level in recent weeks, their startling fitness levels sure to serve them well in the next few weeks.

The loss of Fergal Clancy with a broken collar bone will be sorely felt - the Glenfarne/Kilty man was probably the major success story of the campaign so far and his work-rate and energy will be badly missed during the challenges ahead.