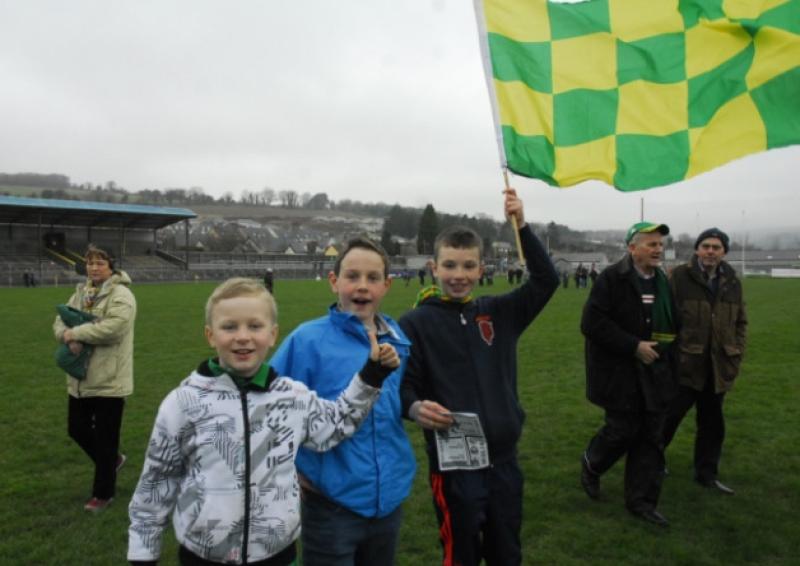 Leitrim GAA County Board Chairman Joe Flynn has described the Leitrim Supporters Club as the “lifeline that allows us prepare all our team in the professional way that is necessary if he wish to compete in a meaningful fashion.”

Leitrim GAA County Board Chairman Joe Flynn has described the Leitrim Supporters Club as the “lifeline that allows us prepare all our team in the professional way that is necessary if he wish to compete in a meaningful fashion.”

Flynn made his comments as he urged as supporters of the Green & Gold to get behind the 2014 Leitrim Supporters Club campaign which draws to a close in the coming weeks.

The draw will be held in Cox’s Steakhouse in Dromod on Saturday, March 22, and the funds raised by the Supporters Club have been absolutely vital in keeping Leitrim GAA going over the years.

In a statement, Joe said “The annual Leitrim Supporters Club tickets have now been fully distributed throughout, not alone the county, but in all areas where Leitrim people are found.

“The Supporters Club is the lifeline that allows us prepare all our teams in the professional way that is necessary if we wish to compete in a meaningful fashion. Our senior team had a great victory over Wicklow last Sunday and this sets them up nicely for the remaining games in the Allianz League and are working very hard in their quest for promotion.

“Indeed their retention of the FBD Cup and their performances since has given us all renewed confidence. Such success demands huge sacrifices from players and management and we ask our supporters to show their appreciation by getting behind the team and purchasing a ticket so that we can provide whatever is required to continue on our winning ways.

“Our U21 team face the challenge of Galway at the end of the month in the Connacht Championship and their preparations are very much on target for a successful campaign. All underage teams are in the very capable hands of former county players and a great buzz is evident in all the squads.”

And Joe made a final appeal for supporters to get buy a Supporters Club ticket - “The Supporters Club Committee under Chairperson Shay Reynolds in Leitrim and Mike Feeney in Dublin are again appealing to your generosity and asking all with the promotion of Leitrim at heart to purchase a ticket and in doing so you will not only assist us in being as competitive as possible but will be in with a chance of winning many of our valuable prizes on offer.

“Let’s all get behind our teams as “ní neart go cur le chéile”,” said Joe.