“I went nuts, you lose the head at times” 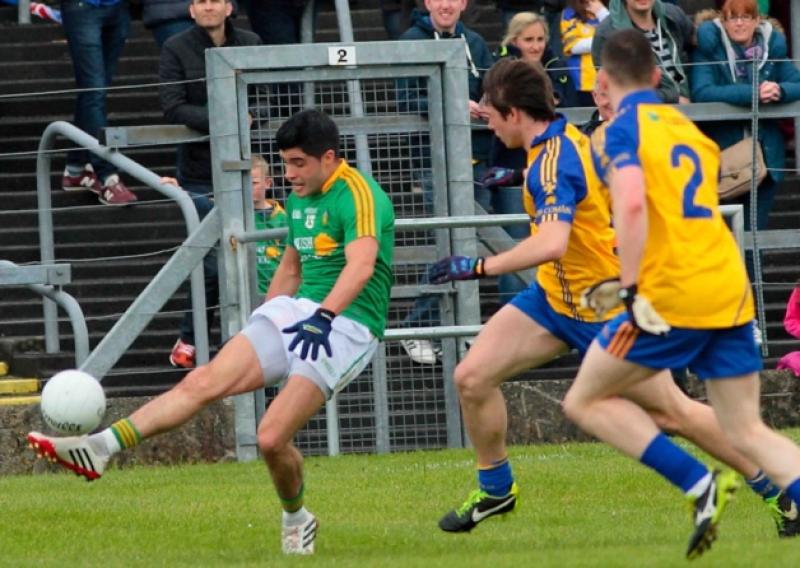 Last Sunday wasn’t Emlyn Mulligan’s first time to be named man of the match in a losing Championship match, but that award was of little consolation to him.

Last Sunday wasn’t Emlyn Mulligan’s first time to be named man of the match in a losing Championship match, but that award was of little consolation to him.

Speaking shortly after the game, the captain, who was excellent throughout the game, rued the concession of a goal on the stroke of half time and acknowledged strong words were needed at half-time.

With Leitrim trailing by 10 points at the break Emlyn was asked what was said in the dressing room to prompt the improved performance.

“Honestly, I went nuts, you lose the head at times. You try and stay positive but it’s very hard at the time but we got it out of our system. We said we’d go out and give the fans as much as we could give.”

When trying to put his finger on why or how Roscommon were able to open up that first half lead Emlyn remarked, “We were very naive. We were playing a bit negatively, maybe it was too negative and we let them come on to us too much and they were kicking points for fun from 40 and 50 yards.”

At half-time many Leitrim fans would have been casting their minds back to the last Championship visit to Hyde Park when they trailed London by 14 points before losing narrowly and Emlyn acknowledged it was a situation they were aware of.

“We had been in that position and we knew being in the dressing room before what had happened last year but obviously we were up against a superior opposition but I think our boys made them look very mediocre.

“In the second half I thought we were as good as them if not better in stages but at times not as clinical. We had a lot of wides in the second half and that’s an aspect we had to look at, myself included.”

“It’s disappointing but we’ll try and be as positive as we can but at the end of the day we are out of the championship and that is unfortunate.

Reflecting on the game as a whole, Emlyn was cursing the five minutes before the interval, feeling that was where the game slipped away.

“The goal before half time, I keep saying it, really killed us. I would have been happy enough going in six or seven points down the way we played in the first half because we were a bit edgy and a bit nervous.