Hyde Park return not a happy one for John 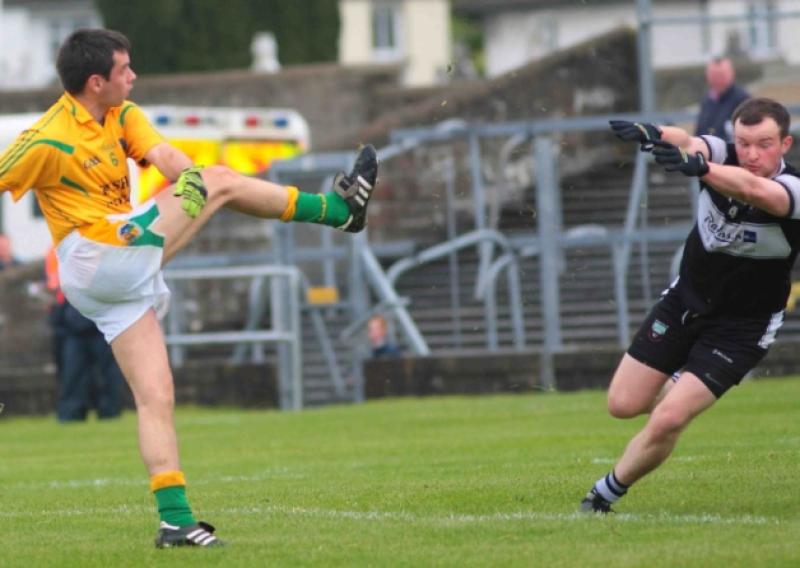 The sight of John McKeon leading a Leitrim side into battle in Hyde Park was a welcome sight for Leitrim fans last Sunday but unfortunately, he was unable to guide his side to victory.

The sight of John McKeon leading a Leitrim side into battle in Hyde Park was a welcome sight for Leitrim fans last Sunday but unfortunately, he was unable to guide his side to victory.

Junior Championship football may be a step down from what Leitrim fans have been accustomed to seeing McKeon operating at but nevertheless it was a welcome sight to see him in the Leitrim colours.

Reflecting on the game John felt Leitrim were the better side and had they taken their chances would have won.

“I felt we had a good team, a good squad there today and we had lots of opportunities in the second half and we didn’t take them.

“If you lose after giving it your all and are beaten by the better team fair enough but we seemed to dominate the second half in terms of possession but just didn’t move the ball quickly enough into the full-forward line.”

Both sides will point to missed goal chances and John pointed to the fact Leitrim also missed chances for points in the second half when the momentum was with them.

“The goal chances, it was just unfortunate. They were good shots but just went wide. We had lots of chances for points in the second half but seemed to panic with our shots.”

John scored a fine point himself in the second himself but he focused more on a chance he missed.

“I should have scored the second one, that was the disappointing thing. We got it back it back to a point with 10 minutes to go and that was the crucial stage we didn’t just kick on.

When there was a point between the sides it was impossible to predict the outcome but John felt had they equalised they could have emerged victorious.

“That was where it was won and lost, we got it back to a point and I felt if we could kick on and get another point it was there for the taking.”