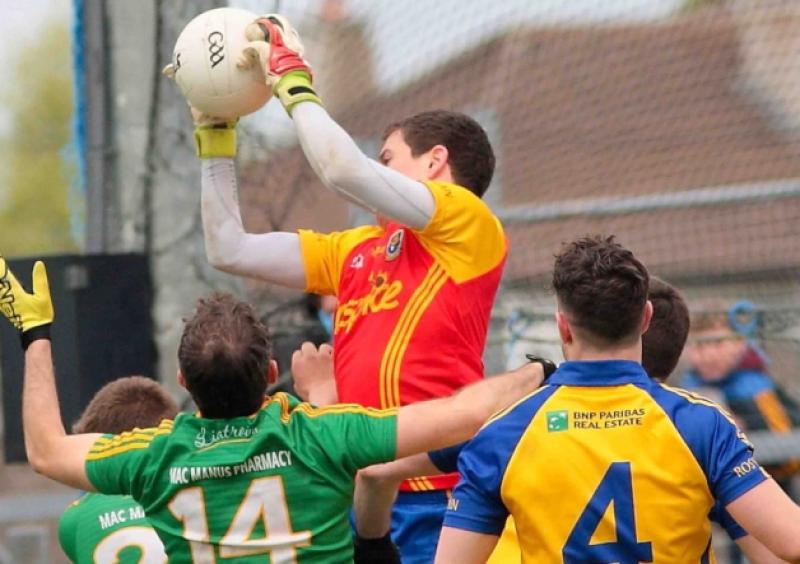 Roscommon manager John Evans paid tribute to Leitrim’s battling qualities but said he wasn’t surprised by how his side dominated the opening half.

Roscommon manager John Evans paid tribute to Leitrim’s battling qualities but said he wasn’t surprised by how his side dominated the opening half.

When asked if he was surprised at how easy it appeared to be for his side at times in the opening half, he paused before replying “no”.

Evans then expanded on his answer saying, “We have been working really, really hard and we have had a good few weeks of preparation coming up to the league final.

“Having played in the league final it was, slickness and movement and pace that we had that Leitrim didn’t have. It wasn’t a level of fitness, just that bit of slickness and of course good finishers like Ciaran Murtagh, Senan Kilbride, Cathal Cregg and these boys, they’ll score every time for you.”

There were eyebrows raised when Evans named his team without any of the U-21 team that reached the All-Ireland Final but Evans felt he made the right decision.

“You must understand the players themselves, they are after a heartbreak. They felt bad about it, they really felt bad.

“It takes lads a while to get over the trauma of not performing, that was their only sin, that they didn’t perform and they feel aggrieved about that and it takes a while for them to get over that.

“The guys that had been training all along and preparing with us for the league final, they had a huge advantage in fitness, slickness, team work so it wasn’t that difficult a decision to leave the U-21s off.

They have very good reputations and you bring them on and feed them back into it slowly.”