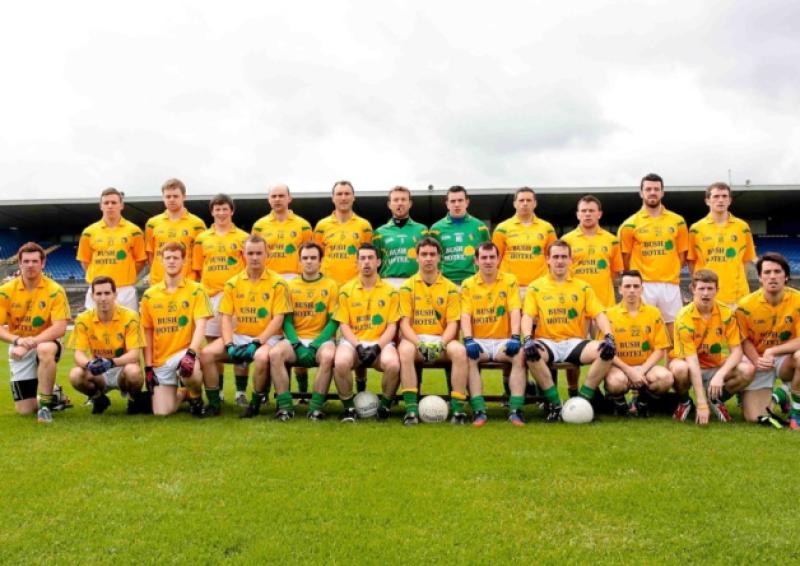 The Connacht Junior Championship may not appear at the top of many lists of priority but having reached the final Leitrim manager Martin McGowan was disappointed his side were pipped in the decider.

The Connacht Junior Championship may not appear at the top of many lists of priority but having reached the final Leitrim manager Martin McGowan was disappointed his side were pipped in the decider.

In what was an exciting and open game of football, Martin was left wondering what might have been as he saw a number of goal chances spurned.

Despite the defeat Martin was pleased with the performance and felt there were a number of positives that could be taken from the campaign.

“We came here and set our stall to try and win the game. As I said to the lads, three weeks ago we didn’t even know this competition was there for us but we stuck at it out there today.

“When truth is told we didn’t take our chances and that really is the long and short if it.”

Sligo were strong in defence when defending a slender lead in the closing stages but Martin pointed to earlier in the game for the pivotal moments.

“They closed out the game, there was a few simple fouls in the middle of the park to try and disrupt our possession and our flow but that is what you would expect the opposition to do.

“The problems for us were before that, we had three great goal chances in the first half and maybe if we got three points it was a level game at the end of the match. I felt we shot from a few bad positions towards the end of the match. With a little bit more composure we could have worked the ball into better a spot for a score.”

Despite the defeat Martin feels it was a worthwhile campaign and believes the competition is important.

“Absolutely, especially for counties like Leitrim. We’re only allowed to take a panel of 32 in to a Senior Championship. It’s an opportunity to give those younger players a chance and blood them alongside a few older fellas. It’s great experience for them and it will stand to them.”