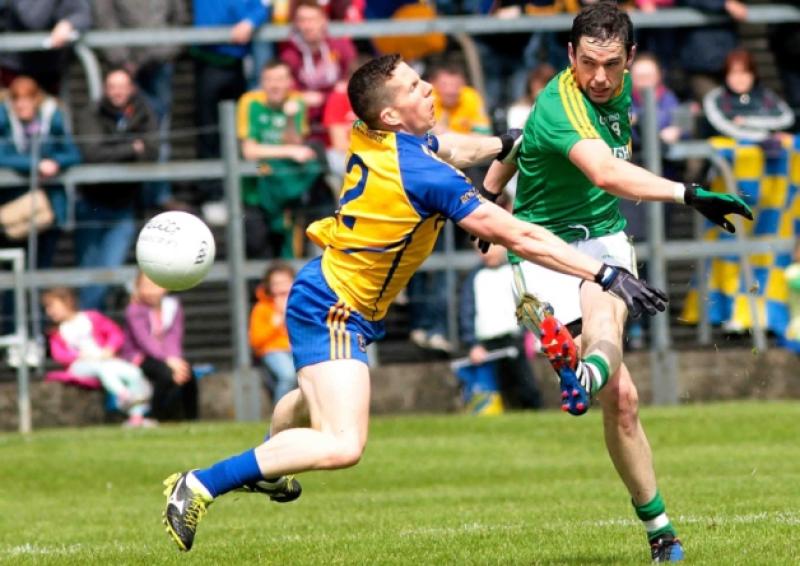 A good start is half the battle, so the saying goes - Leitrim needed it but unfortunately Roscommon got it last Sunday in Hyde Park.

A good start is half the battle, so the saying goes - Leitrim needed it but unfortunately Roscommon got it last Sunday in Hyde Park.

The home side justified their pre-match favouritism with a sparkling first half Connacht Senior Championship display as they dissected Leitrim’s defensive set-up with clinical and deadly efficiency.

Roscommon’s 1-12 in the first half, all but one from play, left Leitrim with an absolute mountain to climb in the second half and realistically, the contest was all but decided when Ronan Stack jumped to punch the ball to the Leitrim net in the third minute of added time.

That Leitrim cut the gap to five points speaks volumes for their character, for the pride in the jersey and their defiance but it can’t hide the fact that Roscommon were simply the superior side.

Roscommon supporters, hyper-critical of their own teams, blasted the performance as not one capable of upsetting Mayo but John Evans’ side opted for a policy of containment rather than all out attack in the second half.

The loss of Cathal Shine in the middle of the park disrupted their previous dominance but what was telling was the fact that any time Leitrim managed to string two or three or four points together, Roscommon would up the pace once more with two or three scores of their own.

Manager Sean Hagan and players spoke afterwards of the 1-2 scored in the last five minutes of the first half being the difference between the teams and, in strict terms, that is certainly the case as Leitrim closed what seemed like a yawning ten point gap to five points with eight minutes to go.

But even before the goal, Roscommon were managing two points to every one Leitrim scored during the first half as their incisive passing and long range shooting from distance cut the heart from the Green & Gold’s strategies.

Truth was, Leitrim struggled with Roscommon’s physical power during the first half and there was a real sense that the home team were doing just enough to stay in front during the second half.

Sean Hagan took something of a gamble by altering the line-up that had prospered so well in the League, perhaps all too well aware of the scoring threat posed by Roscommon. The match-ups sought by Leitrim appeared well founded with Donal Wrynn suited to the immense physical presence of Donie Shine and Paul Brennan’s combativeness and energy to nullify Senan Kilbride’s threat.

But with Shine moving all over the field, dragging Wrynn out of position and opening up passing and running lanes and Kilbride benefitting from unpressurised ball coming into him, Leitrim didn’t get the best out of either Brennan or Wrynn.

When Barry McWeeney moved back to the corner, it stopped the rot defensively and we also saw far more of what Brennan in particular can do going forward as the Melvin Gaels man was central to the second half improvement in form from Leitrim.

Brennan’s energy, a combative Paddy Maguire, subs Gerry Hickey & Robbie Lowe adding urgnency and the likes of Barry Prior and Wayne McKeon improving their form significantly in the second half meant Leitrim were on the front foot a good deal more in the second half.

One of the biggest talking points was the late call-ups for Conor Beirne and Micheal McWeeney to the starting line-up, a gamble that didn’t come off and caused quite a lot of debate among supporters afterwards.

The cauldron of a championship encounter against Roscommon was a tough spot for young McWeeney to make his first Senior start and the young St. Mary’s man struggled to find his feet.

Beirne’s inclusion was no real surprise as Leitrim sought to produce a goal threat but Roscommon were well prepared, leaving a man back in front to protect their backline and the big Eslin man never threatened the impact desperately sought.

It probably wasn’t fair to expect so much from Beirne, only a month after rejoining the panel, as he struggled to match the intensity and pace of Senior championship action and it might have been better if he had been introduced as an impact sub.

Barry McWeeney was another to get a surprise start after rejoining the panel a month ago and while he struggled early on, the Aughnasheelin man contributed well during the second half.

Captain Emlyn Mulligan delivered probably his best championship performance for the Green & Gold, leading from the front and causing Roscommon no end of problems. It wasn’t just his eight points but his leadership, driving his team forward, and his defiant spirit that really captured the imagination.

Paddy Maguire, despite a few dodgy moments in a ferocious battle with Cathal Cregg during the first half, stopped the rot in the second half.

Despite the improved second half display, overall it wasn’t the sort of blood and thunder encounters we expect from Leitrim and Roscommon as Leitrim haven’t kicked on from their promising League form.

The Qualifiers await and with Leitrim coming in an at earlier stage this year, there is still plenty of hope for this year’s championship but work needs to be done.