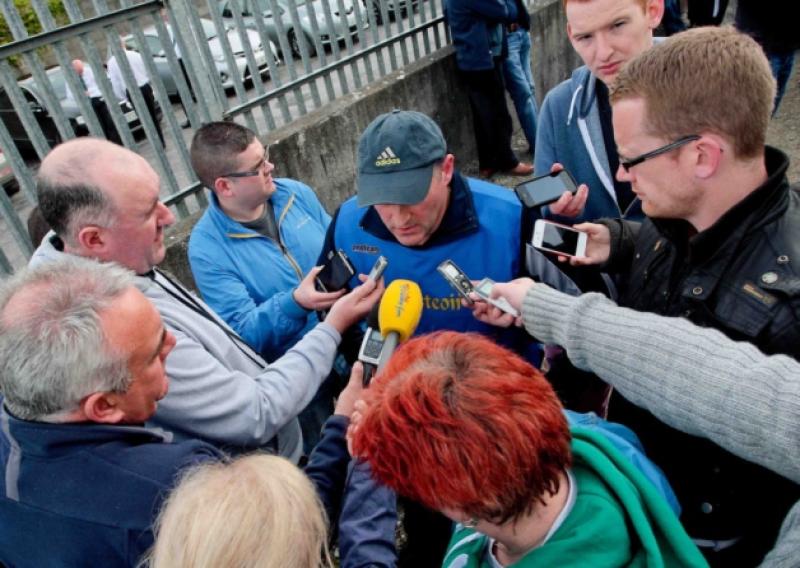 He might have felt that his team didn’t get the breaks but manager Sean Hagan admitted that the better team won on the day.

He might have felt that his team didn’t get the breaks but manager Sean Hagan admitted that the better team won on the day.

“We just didn’t get any breaks in the second half,” said Sean, “We needed to get the goal to get back into the game, unfortunately, we didn’t get that opportunity. We just have to wish Roscommon the best of luck, I thought they were the superior team on the day.”

The Leitrim manager pin-pointed Roscommon’s 1-2 before halftime as the crucial factor - “We felt at halftime, we would have been going in five points down and unfortunately, I think they scored 1-2 in injury time in the first half and ultimately that is what cost us the game, we couldn’t recover from a ten point deficit.”

However, Sean paid tribute to his team’s strength of character - “Roscommon kicked phenomenal scores in the first half, as good as you’d see anywhere in the country but I thought our backs as a unit were magnificent in the second half, they really tightened up.”

Asked what he said to inspire his team at halftime, Sean said “There are a lot of experienced players in our dressing room and they knew they didn’t do themselves justice in the first half.

“There was a bit of team spirit there and they felt they didn’t do themselves justice there in the first half. Our lads are real quality footballers and they put in a big performance in the second half.

“Every man, it was an individual effort to get his own performance in order and then the unit would come together and that is basically that is what happened but unfortunately, it was too much of a come-back to implement on the day.

“Lads could have gone missing but they didn’t, they responded well. We have known that all season that there is lots of character in this team.”