We needed to be clinical says Kevin 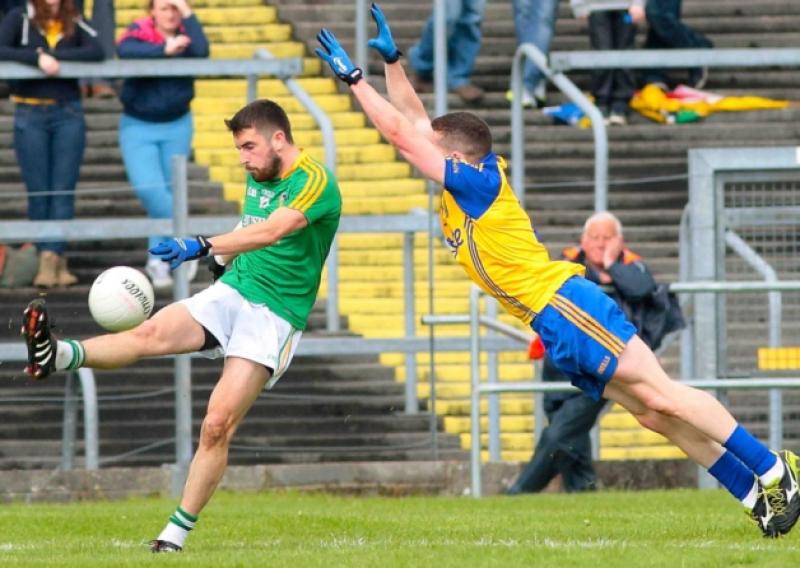 Roscommon’s clinical efficiency in front of the posts and the failure to take the chances that came their way was identified as by Kevin Conlan as one of the major factors in Leitrim’s defeat in Hyde Park on Sunday.

Roscommon’s clinical efficiency in front of the posts and the failure to take the chances that came their way was identified as by Kevin Conlan as one of the major factors in Leitrim’s defeat in Hyde Park on Sunday.

Analysing the bones of a championship encounter in the afternath of a disappointing defeat is not easy but the Dromahair man pointed to a failure to take chances as key to Leitrim’s Connacht Championship First Round loss to Roscommon.

“It is a tough one to take,” Kevin told the Observer, “I felt we started off ok but at the same time, they were quite clinical in front of goal and we told ourselves to be patient if they did build a lead, conditions here can be quite strong in one team’s favour.

“I felt we settled into it then and we were putting them under pressure but let them back the five minutes before halftime which put us in a difficult position. One or two chances up our end, we weren’t clinical enough and all of a sudden, they kicked some points, we weren’t stepping up and the goal is a hard one to take.”

Kevin’s honesty compells him to admit that although Leitrim turned in a better second half, it is the result that counts - “Looking at the second half, we rallied well but still not clinical enough when we needed. It wasn’t anyone’s fault, only the players and that is why it is a hard one to take.

“It is the result that counts. I think we put them under pressure and we always felt we would be toe to toe with them but not to make stupid mistakes. It was a soft goal from our point of view, they worked it well, finished it well but it was a dispossession. One or two lads had done the hard work and then there was a lack of concentration.

“Just as a whole, we can’t have any weak links in the chain and that is what we have to strive towards, there are no short-cuts, it is just hard work. We’ll have to regroup, we are just going to have to do the work ourselves.”

Regrouping for the Qualifiers won’t be easy as Kevin reveals that the Roscommon game was the only thing in Leitrim’s minds - “There was no eye on the qualifier at all, two focuses from the start of the year was promotion and the first round of the championship, you have to take it like that.

“Now, we have to regroup and refocus. I believe there is a bit of a gap, normally we’ve been forced to play the following week but this is a chance to refocus but still an awful lot of work to do, that is the bottom line.”

And Kevin returned to the theme of being clinical in his final remarks - “I’ve said before we don’t have an extended panel and it would be great to give lads experience because going forward, the future of Leitrim football needs experience on big days but we also need to be clinical on big days and accurate in everything we do.”