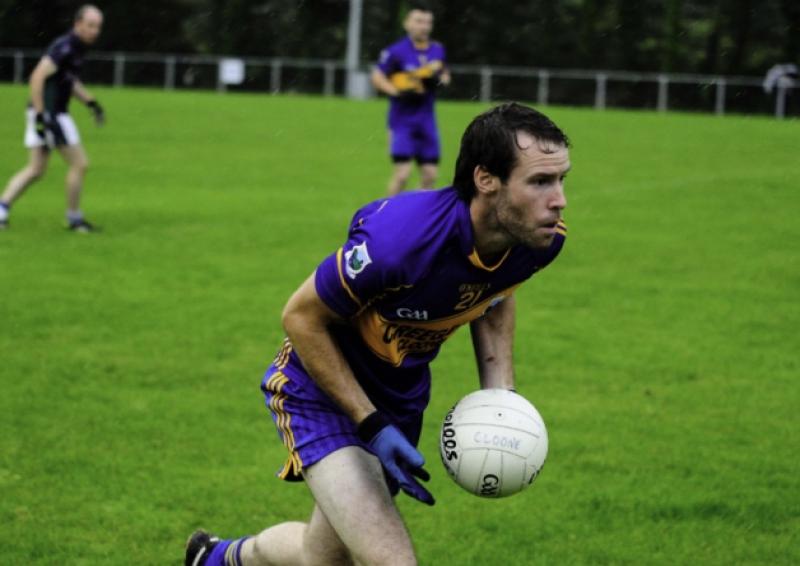 Drumkeerin were the big winners in the third round of the Glenfarne Wood Products Intermediate Championship despite suffering what looked like a catastrophic loss to Eslin in the final group stages game.

Drumkeerin were the big winners in the third round of the Glenfarne Wood Products Intermediate Championship despite suffering what looked like a catastrophic loss to Eslin in the final group stages game.

Drumkeerin went into the contest top of the group and looked set to top the group as they led by three points at the halftime but inspired by Tomas Beirne in the middle of the park, Eslin staged a remarkable recovery to take a 0-12 to 0-11 victory over the north Leitrim side.

However, despite Ballinamore Sean O’Heslin’s scoring a massive 3-11 to 1-7 victory over reigning champions Glencar/Manorhamilton, the scoring differences just worked out in Drumkeerin’s favour as they returned a scoring average of plus nine to O’Hesli’s plus eight.

And the Ballinamore men were denied the best third placed team place in the quarter-final sport when St. Patrick’s Dromahair beat Aughnasheelin by double scores, 0-12 to 0-6. That result meant a three way tie in the group with Aughnasheelin, Ballinaglera (who came from a point down to defeat Mohill’s second string) and Dromahair all on four points.

The three way tie removed any need for playoffs after Mohill’s failure to field in the first round as all three teams in Group 3 qualify for the quarter-finals.

Group 2 saw Cloone complete a perfect recovery with a eight point win over Leitirm Gaels while Fenagh St. Caillin’s were denied a famous win as Glenfarne/Kiltyclogher recovered from a two point deficit with eight minutes to go to snatch a dramatic one point win, Fergal Clancy scoring the decisive point with the last kick of the game.

Fenagh St. Caillin’s will now play their neighbours Ballinamore Sean O’Heslin’s in the eighth place playoff with Glencar/Manorhamilton, Leitrim Gaels and Mohill in the relegation semi-finals.

• See next week’s Observer for in-depth reports from the third round of the GWP Intermediate Championship.