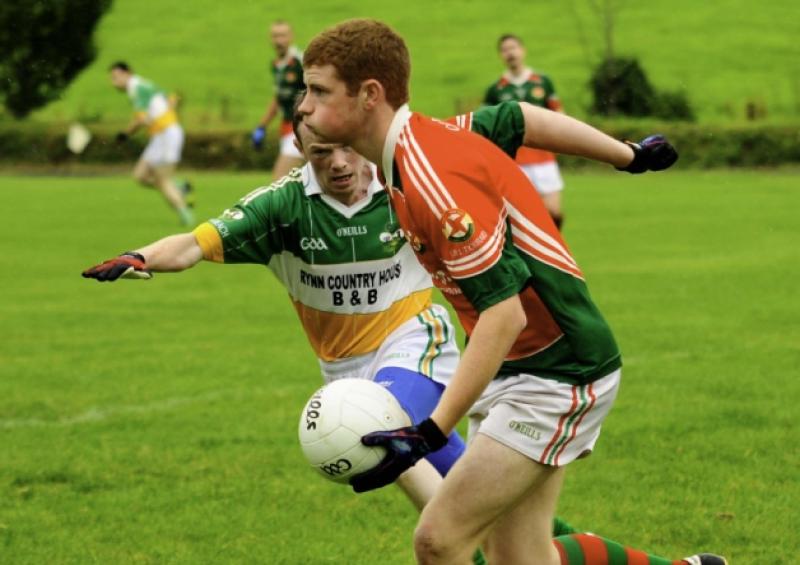 Allen Gaels were bottom of their group before Saturday’s final round of games but with Bornacoola suffering a heavy 19 point loss at the hands of Mohill, the Drumshanbo men leap-frogged into the second automatic quarter-final spot after their 3-4 to 0-9 victory over Carrigallen.

Kiltubrid’s 1-7 to 0-10 draw with Gortletteragh proved even more dramatic as the point they gained ensured that they finished with the best third place record and the seventh place in the quarter-finals.

Glencar/Manorhamilton sent out a message with a comfortable 0-12 to 0-5 victory over defending champions St. Mary’s Kiltoghert while Mohill’s demolition of Bornacoola perhaps the most eye-catching result of the weekend.

The remaining place in the quarter-finals is up for grabs between Carrigallen and Aughawillan after the Willies defeated 2012 County Champions Melvin Gaels 1-9 to 1-5 in their crunch encounter.

Carrigallen will now take on Aughawillan next Saturday, August 9, in the eighth place playoff with the winners going into the quarter-finals and the losers joining Bornacoola, Melvin Gaels and Annaduff in the relegation semi-finals.

• See next week’s Observer for in-depth reports from the third round of the Connacht Gold Senior Championship.