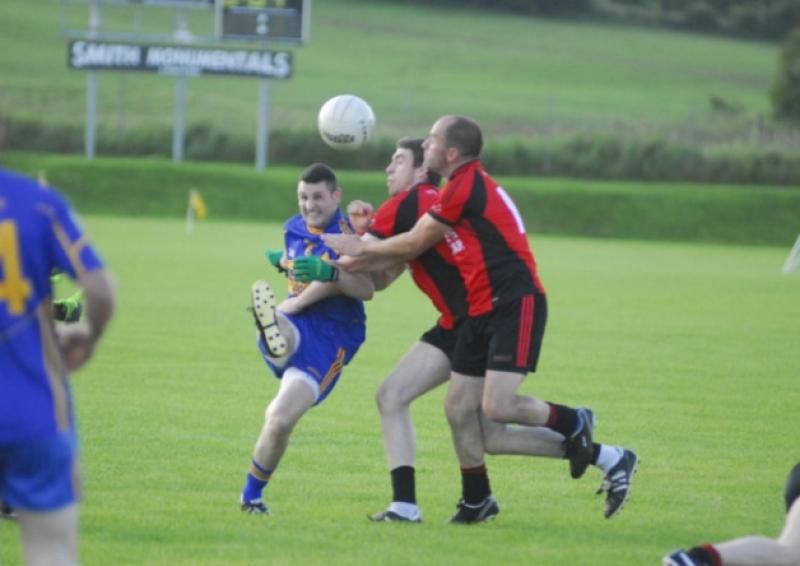 Cloone are rapidly emerging as the team to watch in this year’s Glenfarne Wood Products Intermediate Championship but Group One is where the action is next weekend.

Cloone are rapidly emerging as the team to watch in this year’s Glenfarne Wood Products Intermediate Championship but Group One is where the action is next weekend.

Cloone’s efficient and high scoring displays have seen people take notice of their championship credentials but the action on Saturday is all in Group One where all four teams can qualify for the two automatic quarter-final places with a win.

The only group in both the Senior and Intermediate championships to feature a draw, it is that first round draw between Drumkeerin and Ballinamore Sean O’Heslin’s that leaves everyone guessing.

Drumkeerin hold pole position in the group with three points but are up against a rejuvenated Eslin who feel they have nothing to lose. Keeping track of Conor Beirne is the number one task for the north Leitrim men but Eslin will have to watch the scoring power of Drumkeerin who gave an exhibition of point taking in their victory over Glencar/Manorhamilton.

The meeting of Glencar/Manor and Sean O’Heslin’s is equally difficult to call. Manor have huge strength in depth but they lost heavily to Drumkeerin and will need to recover quickly. O’Heslin’s, however, were disappointing against Eslin and will need to step up at least a level or two.

They will be tight and tough games but you’d probably go for Drumkeerin and Glencar/Manor to advance.

In Group 2, Cloone are already qualified and should prove too good for a struggling Leitrim Gaels who have battled hard but lack the finishing power to get themselves across the line.

Glenfarne/Kiltyclogher and Fenagh St. Caillin’s is a game that will decide who gets second place and the odds would have to be on the north Leitrim men. They lost narrowly to Cloone in the first round but had five points to spare over Leitrim Gaels in the second round.

St. Caillin’s are badly missing the leadership and power of Donal Wrynn and they suffered a heavy beating in their second round encounter. Glenfarne/Kiltyclogher probably have the greater momentum here and you’d expect them to book their place in the quarter-finals.

The Intermediate Championship could face a series of playoffs just to decide who reaches the eighth place playoff if St. Patrick’s Dromahair finish third in their group.

Due to Mohill’s failure to field in the first round of the championship, the knock-on effects may only be apparent next week if Dromahair end up in third place in their group.

With scoring averages used to decide the best placed third team, who go straight into the quarter-finals, it will be impossible to use the averages as Dromahair did not have the opportunity to run up a score.

Group 3 is a tight one to call as Ballinaglera were very unlucky against Aughnasheelin in round one and would be hot favourites to overcome a Mohill team who haven’t made a big impact on the field in this campaign.

Dromahair would be considered among the favourites each year but they need to produce next Saturday. However, you get the feeling that Aughnasheelin are going about their business quietly and efficiently and their strong core down the centre should be enough to maintain an unbeaten record.