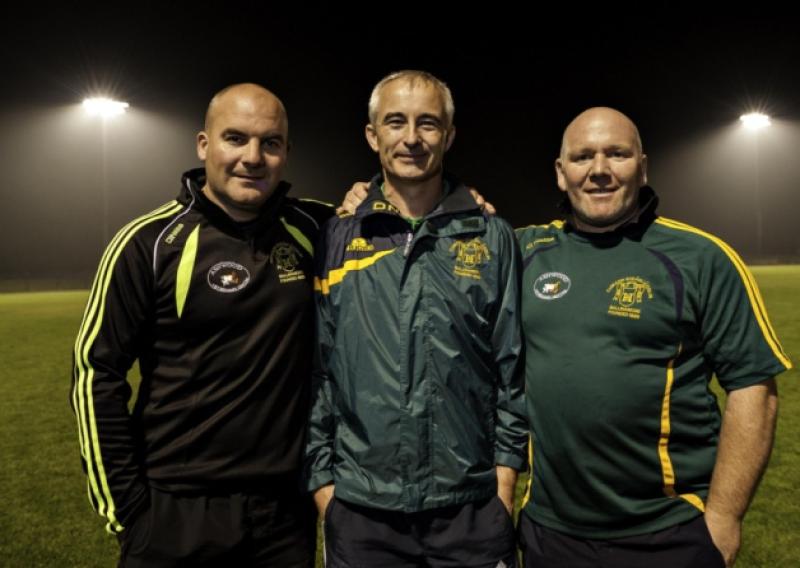 In the immediate aftermath of defeat in a final processing your thoughts to analyse where it went wrong can be difficult but Ballinamore manager Colin Hannify’s immediate assessment was “Dromahair were the hungrier team.”

In the immediate aftermath of defeat in a final processing your thoughts to analyse where it went wrong can be difficult but Ballinamore manager Colin Hannify’s immediate assessment was “Dromahair were the hungrier team.”

Colin added, “We didn’t perform and we are very disappointed obviously, we are a very young team but we will be back. Of course we are disappointed but they were the hungrier team.

Reflecting on the game Colin felt, “The breaking ball around midfield, they dominated that and the goals killed us as well, especially when the second goal went in. That kind of turned the game around and we were fighting an uphill battle. We tried to attack the game and we probably left a lot of gaps at the back.

“Fair play to Dromahair, we have no qualms, they were the better team on the day. We are disappointed with the way we performed because we have put in a huge shift.”

While sharing the disappointment of his players, Colin was quick to praise those that represented Ballinamore Sean O’Heslin’s throughout the Championship.

“The lads have worked very hard since mid-January. We have trained hard and we put in a lot of work. We played a lot of challenge games. We were training during the last couple of months up in Bunbrossna. Our lads have put in a huge effort but it was just one of the those days where things just didn’t go right for us.

Looking for a positive to take from the day Colin pointed to the fact the club have blooded so many young players this year and feels Ballinamore’s future is in safe hands.

“We have about seven lads playing senior football for the first time, we have four county minors and another three lads who have played very little senior football. The average age of that team is about 20/21 or maybe even younger.