“To a man, I couldn’t ask anymore” 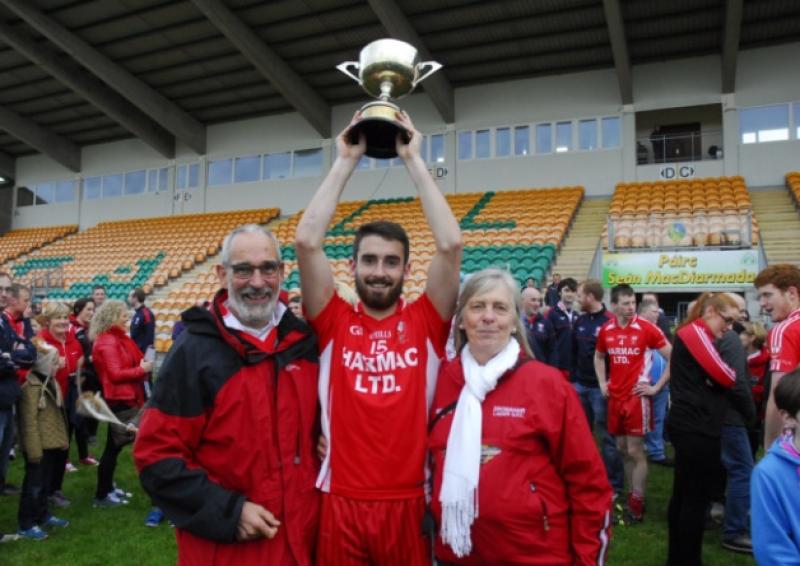 Having led his side to victory in the Intermediate Championship Kevin Conlan took a moment to reflect on what he and his team mates had achieved and was also generous in his words to the beaten finalists.

Having led his side to victory in the Intermediate Championship Kevin Conlan took a moment to reflect on what he and his team mates had achieved and was also generous in his words to the beaten finalists.

“We knew it would be a titanic battle and I think we just got it right. Our focus the last couple of weeks, the last couple of rounds, although it didn’t click we knew we were capable of a dominant performance like that and thankfully that’s the way it panned out. It was in no way easy but that is what we were prepared for and that is what we were expecting ourselves to get to.”

Having been on the wrong end of the result on final day in the past, Kevin was quick to pay tribute to Ballinamore. “They are a good team and they will be back,” he said.

“I feel for them because it was almost helpless for them. There was a tough breeze there that meant we could suffocate their attacks in the second half and we got a few sucker punch goals.”

While the pain of previous failed attempts was quickly forgotten when the full time whistle sounded, Kevin acknowledged it was an issue for some of the Dromahair players.

“Deep down it is an issue and you can’t ignore that. It can be an inspiration but to be honest it’s another game of football if you can treat it right. There is more at stake every year because there are people who are putting more and more years in. There’s a lot of relief but I was very confident going into the game. We took a lot of setbacks and we are well short of our first panel but still there were no weaknesses.”

Another factor that Kevin felt was key to their success was the preparation prior to the final.

“I definitely feel that going in to games like this too much emphasis can be on the exterior things and we really focused in on the preparation. We got all of the stuff that we needed to out of the way early so that we could focus on performing,” Kevin added.

One area that all spectators agreed Dromahair played well in was in defence and Kevin was quick to pay tribute to the man responsible for keeping Ballinamore at bay.

“As a forward, watching them work as hard as they do, winning dirty ball that they shouldn’t and not giving away frees like we had been doing over the last couple of years and shooting ourselves in the foot. There was no sign of that today, they fought like dogs and dragged us through that second half. We got the goals to put the daylight between us but it was a controlled, aggressive performance from the defence that pulled us through.