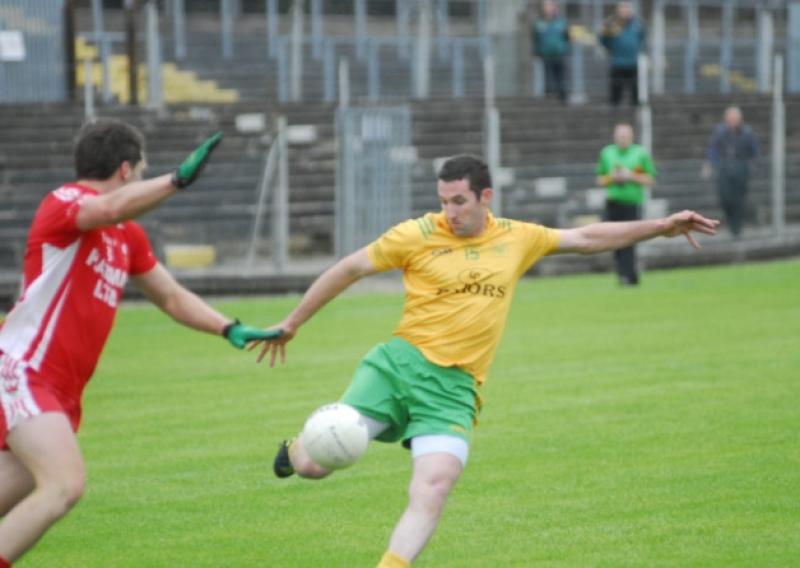 For many after losing a final the obvious thing to do is to focus on what went wrong but Ballinamore’s Wayne McKeon was eager to pay tribute to Dromahair who he felt were deserving of their victory.

For many after losing a final the obvious thing to do is to focus on what went wrong but Ballinamore’s Wayne McKeon was eager to pay tribute to Dromahair who he felt were deserving of their victory.

“Any final you lose is hateful but I don’t think, I suppose we weren’t allowed, play to our true potential to be honest. Dromahair were sharper and quicker and every chance they got for a score they popped it over the bar.

Personally speaking I can’t say that we deserved to get as close as we did to them, the better team won on the day.”

Ballinamore had started brightly but the loss of Andrew Burns and the halt to their momentum could have been pointed to as a cause for their demise but while Wayne acknowledged the injury was a blow, he was not accepting it as a reason for defeat.

“Monty (Burns) would be a big loss to us. He’s normally the runner on the team and he’d run all day for Ireland so that was a loss and the break to our momentum was a bit of a killer but in all fairness Dromahair did everything 100% right. They held onto the ball and we were beaten by a better team on the day.”

The wind in Pairc Sean on Sunday was a menace and got worse as the game progressed but again Wayne did not feel the elements had any bearing on the outcome.