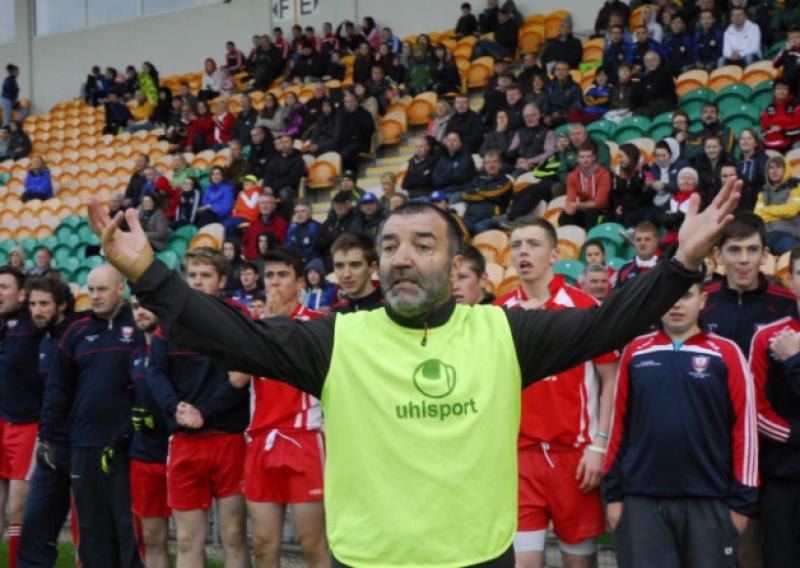 In his time as manager of the men’s and women’s teams in Dromahair Gerry Ballantine has overseen some hugely impressive wins but last Sunday was a new high as Dromahair finally made the step up they have threatened over the past decade.

In his time as manager of the men’s and women’s teams in Dromahair Gerry Ballantine has overseen some hugely impressive wins but last Sunday was a new high as Dromahair finally made the step up they have threatened over the past decade.

As the celebrations were getting underway around him, Gerry took a moment to reflect on the game and pay tribute to his players.

“They knew they would have to dig deep, they knew Ballinamore would come with a lot of experience. No more than ourselves, they had picked it up along the way. It was always going to be 50/50 and it was probably going to be the team that dug deeper that got the result.”

Gerry acknowledged the importance of his side’s goals, particularly the first, when Dromahair were playing against the wind.

“I think the goal that Michael Clancy got had a huge bearing on the game because it set us up and put us into the lead even though we were playing into the breeze and we were never led after that.”

With the benefit of the wind at their backs in the second half Gerry had every reason to be pleased at the interval and he stressed he told the players to maintain the work rate they had produced in the opening half.

“We were saying at half time that we don’t change our game plan, that we keep working as hard and let them come on to us if they want to and try and turn it over and leave the space up front and we profited on that in the second half. We perhaps didn’t score as much as we would have liked but the defending was excellent all the way through.”

Speaking further about the defensive display Gerry added, “The defence was immense. If I was to describe that game today I would call it an artistry of defending. That’s what we needed and maybe that’s what we missed down through the years. We played lovely football but when we didn’t have the ball we just weren’t gritty or strong enough. We’ve worked hard on that and we’ve talked about it and we’ve improved on it and it has shown in the last couple of games.

“It is hard work but they know that and the reason we have won this is because they have worked so hard. They worked so hard in all the games they played, they prepared properly and they demonstrated that here today. There is no secret formula to it.”