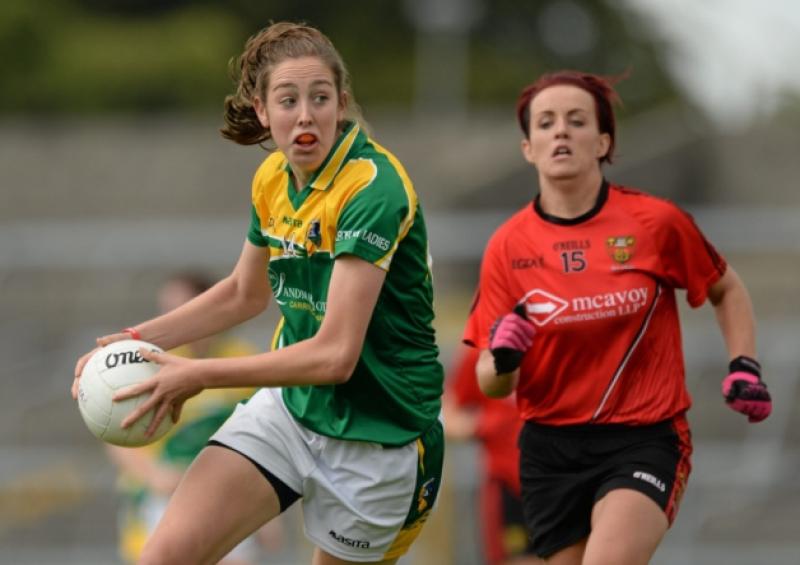 Leitrim’s Aine Tighe has been nominated for a TG4 Ladies All-Star after 45 nominees from 12 counties were announced on Tuesday evening.

Leitrim’s Aine Tighe has been nominated for a TG4 Ladies All-Star after 45 nominees from 12 counties were announced on Tuesday evening.

The Kiltubrid woman is the sole Leitrim nominee for an All-Star award, which will be presented at a gala presentation at the Citywest Hotel in Dublin on Saturday, November 8.

Tighe was the leading figure in the Leitrim attack as they reached the All-Ireland Intermediate and Division 3 Semi-Finals in 2014 and her nomination comes as no surprise.

However, there is some surprise that goal-keeper Michelle Guckian was not included in the nominations, the St. Mary’s Kiltoghert player a key figure in Leitrim’s performances during the year with her display in the All-Ireland Semi-Final against Down the stand-out Leitrim performance.

The 2014 TG4 Senior All Ireland Finalists dominate the list with 11 Dublin players nominated and Cork receiving 10 nominations. Mayo legend Cora Staunton is also nominated for an award which, if she is selected, would make her the joint record All Star Award winner with iconic Kerry player, Mary Jo Curran who received 10 Awards. Defeated TG4 All Ireland semi finalists Galway and Armagh receive four nominations each.