Slick Sligo have too much power 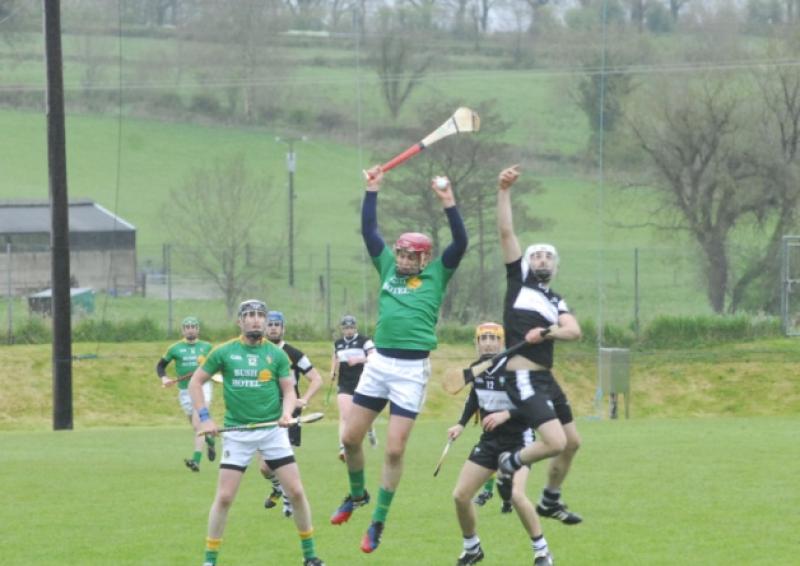 Defying the conditions, both teams produced some excellent fare but it was the superior stickwork of the Yeats men that eventually cracked the resistance of a defiant Leitrim.

Sligo looked to set the tempo early and Gerard O’Kelly Lynch pointed a 65 in the first minute before Rory Brennan put over a free after a Padraig O’Donnell foul.

After a David McGovern wide, Zemacoo Moradi opened the Leitrim account with a well taken point from play on six minutes but when O’Kelly Lynch gathered a poor clearance, he shot over from 50 yards, the lead extended by Gary Cadden who saw his long range shot drift with the wind over the bar.

Leitrim, however, started to push the pace and Colm Moreton fired over on 11 minutes before his brother Liam scored a wonderful effort from virtually along the left end-line, cutting the sliotar over from an almost impossible angle.

Clement Cunniffe tapped over a free from just inside his own half and Leitrim dramatically went in front when Liam Moreton pressure led to desperate Sligo defending and Moradi did brilliantly to nick the ball off a defender and solo in to fire a great shot to the net on 17 minutes.

Sligo hit back with a Gary Cadden point after a block on a Leitrim clearance with O’Kelly Lynch finishing off a good run with a point but then James Glancy intercepted a Sligo attack and drove a massive shot from distance over the Sligo bar.

An O’Donnell free put Leitrim three clear once more but Sligo levelled on 27 minutes when a high free broke behind the Leitrim defence and Ciaran Brennan soloed through, kicking the sliotar to the net under pressure from Kevin O’Connor.

Sligo almost had a second goal when Peadar Leonard pulled on a high ball but keeper Paul McKiernan made a fantastic reaction save but unfortunately Sligo did grab a goal when O’Kelly Lynch drove through after Leitrim lose possession to find the net.

Rory Brennan and Padraig O’Donnell swapped frees but the game took another dramatic turn deep into added time when John Ryan’s powerful run saw him off-load to sub Karl McDermott who drilled a powerful shot to the Sligo net, leaving the halftime score at 2-7 apiece.

O’Kelly Lynch & O’Donnell swapped points before Leonard diverted a long ball over the bar despite the protests of keeper McKiernan but Leitrim responded well, Liam Moreton rescuing a poor 65 to fire over before Moradi was on target.

Unfortunately, Sligo delivered another blow when Peadar Leonard turned his marker and fired a great low shot to the net on 14 minutes but Leitrim continued to keep the pressure on, Cunniffe and O’Donnell converting two frees in response to score from O’Kelly Lynch and Declan Fahy.

Gary Waldron pointed to put three between the teams with less than 14 minutes to go and although the match seemed finely balanced, Sligo started to find more gaps and two O’Kelly Lynch points, one from play, in the space of 30 seconds opened up a gap.

Paul McKiernan made another good save but Leitrim missed two good chances from frees before O’Kelly Lynch and Leonard added another point apiece.

Leitrim kept battling but their accuracy deserted them as they missed some good chances while Sligo hit them on the break with Ciaran Brennan goaling in added time to put an unfair gloss on the scoreline.