Victory means so much more this year 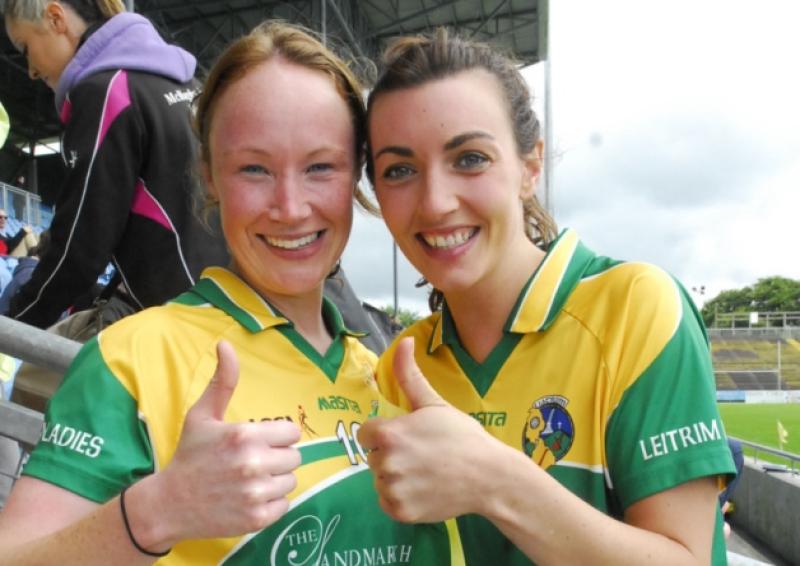 Captain Sarah McLoughlin admitted that Leitrim’s victory in the TG4 Connacht Ladies Intermediate Championship Final meant so much more to the player this year.

Captain Sarah McLoughlin admitted that Leitrim’s victory in the TG4 Connacht Ladies Intermediate Championship Final meant so much more to the player this year.

Speaking to the Observer, Sarah said “It actually means so much more this year, I don’t know if that is hard to believe but I genuinely was crying tears of joy because they beat us three times this year. Last year, we were going stronger, we had a great campaign in the League so to pull it out of the bag when they had beaten us three times, it was all the sweeter today.

“We just knew we had to win today because if you look at the teams who are left, it is a much better route to go winning the Final rather than trying to go the back door route, Sligo will have it tough now in the next few rounds.”

Leitrim’s tactical changes made a big difference as was the fact that they didn’t let Sligo get in front - “They didn’t get the goals today and we smoothered them, we had loads of people tracking back and we didn’t allow anyone running through the centre.

“We knew if we didn’t let them get a lead, their plan is to get a lead, defend so we knew we had to go out all guns blazing so that we would be the ones always in the lead.

“Dearbhaile’s goal came at an absolutely crucial point in the game, her soccer goal. And the penalty save, it was 1-9 to 1-6 and I said feck this, if they get this, they’ll be level so fair play to Gucks, it was absolutely crucial to pull off that save.

“We know our forwards are small forwards, are nippy and they need that space, Dearbhaile, Carla, they have the legs so we knew we needed to work that space. The last time we played them in the League semi-final, we played Aine in at full-forward and we knew we couldn’t do that this time because they stick two or three on her. And we knew if we pulled Aine out, it would create space in there.

However, the captain admitted she was full of nerves in the final minutes - “The last five minutes, I wasn’t really looking at the score, more what was the difference in the score and those last four minutes, I spent the whole time on tenderhooks, looking at the clock counting down.

“There was one point in it, two points and they always looked as if they were threatening goals in the last two three minutes.”