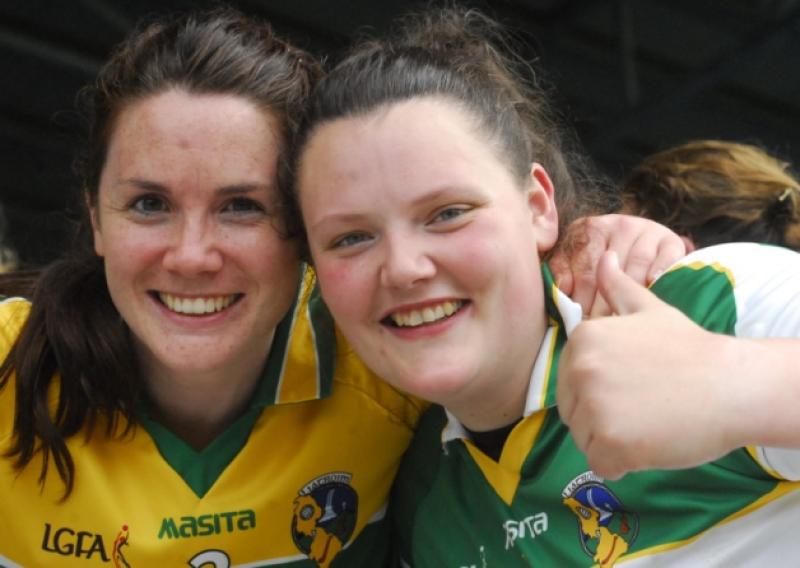 She may have played an absolutely key role in securing victory for Leitrim but Michelle Guckian was deflecting any praise that came her way last Sunday.

She may have played an absolutely key role in securing victory for Leitrim but Michelle Guckian was deflecting any praise that came her way last Sunday.

Saying she was “Absolutely delighted, there are no words to explain it”, Michelle was keen to deflect any praise - “To be honest, the whole 14 in front of me were the hard workers, everyone worked hard, everyone died for each other on this team.

“I’m glad I had a good game myself but seriously I can’t thank the lads enough, Pat, Larry and David, I can’t thank Angela Mitchell enough. We knew what we were up against and we knew what we had to do and my saves just came off on the day and that’s what I’m delighted about.”

Goals had proved crucial in Sligo’s victory earlier in the year and Michelle recounted just what happened when she saved a Sligo penalty and a last gasp goal - “I was thrilled when I saved the penalty. I was going the wrong way but I decided to come back and it just worked out. Late on, two points between us and an open goal but I just got my hand to it and put it over the bar.”

And she attributed her good form to guidance from above - “There was someone looking over us and I know who was looking down on the whole team. It was his month’s mind mass last week, he was at all our games and that is Mr McKeon from Cloone and I’d like to say a huge thanks to all the McKeons from Cloone.”

And her final words on the game, Michelle said “Luck went our way today, it doesn’t usually go our way against Sligo, it went our way. Everyone needs a bit of luck and we’ll take it today.”