All too easy for Leitrim Gaels 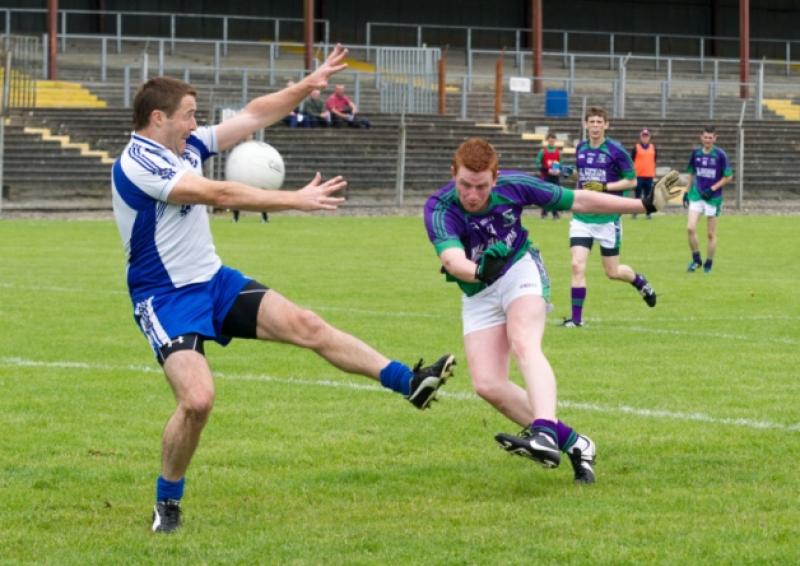 Leitrim Gaels had little difficulty in overcoming fellow parishioners St. Mary’s Kiltoghert in this opening round of the Fox Monumental Leitrim Intermediate Championship.

Leitrim Gaels had little difficulty in overcoming fellow parishioners St. Mary’s Kiltoghert in this opening round of the Fox Monumental Leitrim Intermediate Championship.

Leitrim Gaels dominated Sunday morning’s game from start to finish and never looked like losing the game as they lived up to their recent form that has seen them promoted to Division One in the League.

The Gaels were superior all over the field with Alan Wynne, Liam and Colm Moreton in defence and Eunan Treacy, Aiden Flynn, David Regan and Enda Moreton all impressive.

St. Mary’s second string team usually performs well but they were well off the pace of Leitrim Gaels despite the presence of County Senior panelist James Flynn in their ranks.

The scale of the defeat leaves the Carrick men with a mountain to climb as they are now bottom of the table with minus ten and they will need a win in their second group game against a Cloone team who also need a victory to get their campaign back on track.

St. Mary’s suffered a blow with the loss of the powerful Colin McWeeney less than two minutes in with Padraig McWeeney entering the fray

David Regan for the Gaels and St. Mary’s James Flynn both shot wide but Leitrim Gaels emphasised their good start when Eunan Treacy saw a powerful shot rebound off St. Mary’s corner-back Ciaran Hever. The ball fell to Enda Moreton who dispatched the ball to the net for a great start for the winners.

St. Mary’s opened their account with a Niall Keenan point from play 11 minutes into the game but the Gaels were threatening the Carrick goal, a great move ending with David Regan setting up Michael McManus but the full-forward’s shot was brilliantly blocked by full-back David Crowe to prevent a certain goal.

Leitrim Gaels scoring rate slowed right down and it wasn’t until the 21st minute that David Regan pointed a 20 metre free after a foul on Aidan Flynn. St. Mary’s brought on Joe O’Rourke but they had a very lucky escape when Padraig McWeeney was very lucky to escape a black card for pulling down Aidan Flynn just before halftime.

St. Mary’s brought on a third sub before halftime, Michael Greene replacing McWeeney and it left Leitrim Gaels 1-3 to 0-1 in front at the break.

Poor shooting continued to curse Leitrim Gaels’ good outfield play with Aidan Flynn and David Regan both off-target in the first two minutes while James Flynn had a wide for St. Mary’s.

The first score of the second half came after seven minutes when Enda Moreton continued his good form with a great score from a tight angle.

The wait for a second goal ended a minute later when the Gaels broke up a St. Mary’s attack, the ball going quickly to David Regan who beat a number of defenders before setting up the unmarked Michael McManus who blasted the ball to the St. Mary’s net.

Conal McGuire was introduced for St. Mary’s with Niall Keenan going off and Aidan Flynn extended the lead with a point on 13 minutes.

St. Mary’s registered their second point of the game from a Niall Comerton free following a foul on Joe O’Rourke but David Regan pointed a close range free after he himself was fouled.

Comerton, who was in action the night before against Dromahair and was one of three players dismissed late in the game after a yellow and a black card, added a point before scoring from play as Michael McWeeney entered the fray for Luke Donnellan.

Comerton would add two further points with Damien Flynn the second sub introduced by the Gaels who can now look forward to the rest of the competition with quite a good deal of confidence.