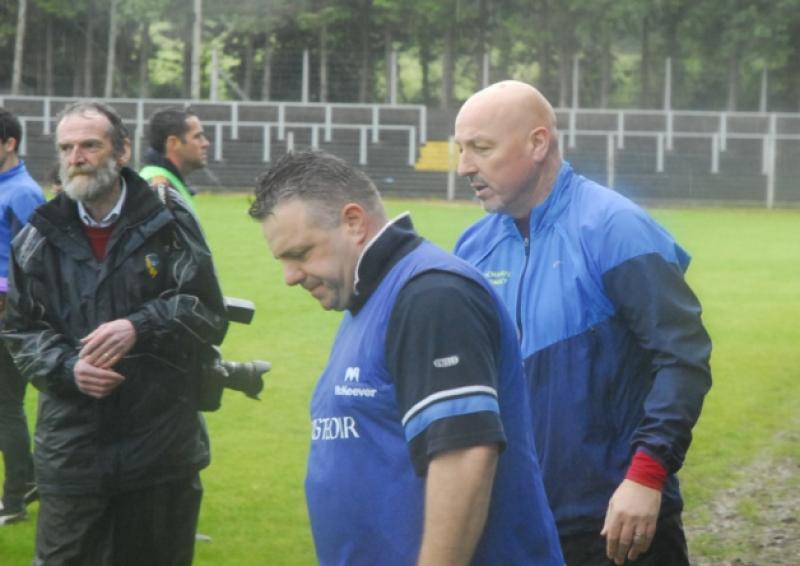 There is one phrase that stands out when Glenn Young was reflecting on Glencar/Manorhamilton’s path to this year’s Connacht Gold Senior Championship Final - “You have to stay calm and stay focussed.”

There is one phrase that stands out when Glenn Young was reflecting on Glencar/Manorhamilton’s path to this year’s Connacht Gold Senior Championship Final - “You have to stay calm and stay focussed.”

The words were said in respect of the semi-final victory over Aughawillan but they probably sum up the Sligo native’s approach to any game, let alone next Sunday’s Final against Mohill.

Looking back on that semi-final with defending champions Aughawillan, Glencar/Manorhamilton made a slow start to the game and trailed 1-1 to no score inside the opening minutes but despite the slow start Glenn insisted it was crucial it his players didn’t panic.

“You have to stay calm and stay focused, you’d be loving to get that start. Once we got the first point on the board and fellows settled down and we got in at half time two points up. We kept clawing back and we didn’t panic which was a good sign

“ I think after that initial 10 minutes we dominated the game and could have run out even more comfortable winners.”

“But the referee had a decision to make and without a doubt he made the right decision. We just had to get on with our game and play the game we wanted to play and that is what we did.”

Reflecting on the group stages games against Carrigallen and Bornacoola, Glenn noted “We won them comfortably. Bornacoola are the same team we played 5 or 6 years when I was here. We were younger and fresher and that is the difficulty for small rural clubs.

“Carrigallen are probably finding it as well, they don’t have the population in some of the town sides like Drumshanbo, Mohill, Carrick-on-Shannon, Manorhamilton where there is a population and you can sustain it. Like I said earlier when I was here last we had four teams, obviously the effects have taken place here as well.”

In the quarter finals Glencar/Manorhamilton came up against Allen Gaels and although it proved to be a comfortable win, the manner in which the Drumshanbo men set-up meant patience was a key virtue for Glenn and his team.

Looking back on that game Glenn insists the defensive approach was not something that surprised him in the slightest - “We expected it, they had set up that way all year, in the league games they set up defensively. We weren’t expecting them to change playing us, we got exactly what we expected.

“We were solid we have worked very hard on getting the ball into the right areas to deliver it from those areas from throughout the pitch, we have done that well and it is something we have worked hard on and we just need to work a little bit harder for the next week or so.”