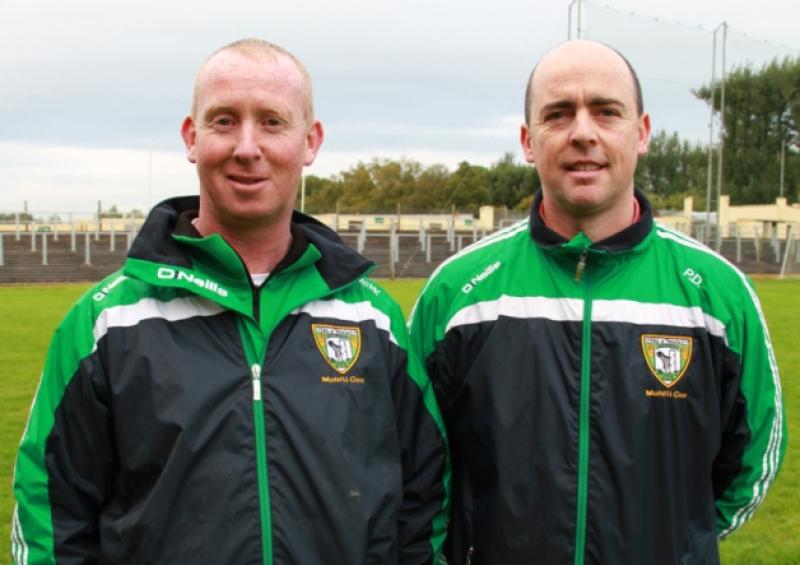 Speaking to the Observer, Padraic reflected on the difference between Leitrim and his native Longford - “I’m finding the whole Leitrim club scene very competitive. It is not something I’d have seen in Longford, your top four teams in Leitrim in the League could be taken by the bottom four teams.

“I don’t see that is the particular trend in Longford. I find it very, very competitive, more so than I would have found as a player and a mentor in Longford football.”

And the Drumlish man was very happy with the tests his team received during the year, particularly from Gortletteragh and from both of next Sunday’s Intermediate Finalists - “The Gortletteragh game was a reflection of the relationship between the two clubs and it was a derby game and that brings its own edge.

“But when we were favourites, they responded well to it and they won by the margins they should have won by. Obviously defensively, we need to be sound and that semi-final we conceded just six points, we’re happy with that.

“We also got a severe test from Melvin Gaels up there in the League and also from Ballinamore prior to the semi-final. This stood to us.”

And Padraic feels that Mohill will have to replicate their fast quarter-final start against Annaduff and show ruthlessness in front of the posts - “In the Group stages, we coasted through two of those games but in some of those game when they were in excess of 20 points clear, they fought and tackled like a team that was five points down and I can’t look for any more than that.

“Then we had the quarter-final against Annaduff. I know the margin was big enough but Annaduff are a right good side and I think we had a blistering start, it is something we didn’t continue, we need to be ruthless, we need to be relentless when we find ourselves in that position.