Carrick send out a message with powerful display 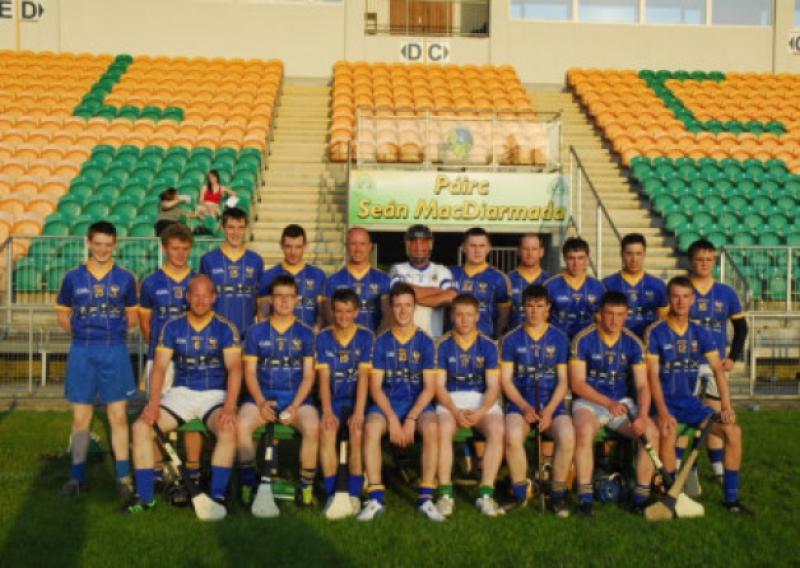 A tigerish and inspired Carrick -on-Shannon strolled to the Senior Hurling League crown with a comprehensive demolition of Manorhamilton.

A tigerish and inspired Carrick -on-Shannon strolled to the Senior Hurling League crown with a comprehensive demolition of Manorhamilton.

Carrick set the tone early on with intense work-rate and fierce commitment as they were determined to get one over on a Manorhamilton team that defeated them in last year’s Championship Final.

The usual suspects were key in Carrick’s performance with Vinny McDermott, Clement Cunniffe, James Glancy and Breian Carroll outstanding but it was the emergence of new players that really hurt Manorhamitlon.

The early exchanges were even with Breian Carroll taking a nice point for Carrick before Michael McKeon blasted the sliothar across goal. It was a costly miss as two minutes later, Clement Cunniffe drilled a free to the Manor net.

Points from Alan Doherty and Cunniffe followed before Gavin O’Hagan got Manor’s first from a free. Vinny McDermott made a huge catch and ran through to score on 12 minutes, just seconds after a Cunniffe free.

Two further points from Colm Moreton and Doherty stretched the Carrick led before O’Hagan swapped frees with Cunniffe but Carrick continued to pull away with points from Cunniffe, Moreton & Carroll before the break.

Manor were completely reliantly on the free-taking of O’Hagan who added three more before tyhe break to leave the halftime score at 1-11 to 0-5 in favour of Carrick.

Carrick soon put the game beyond their great rivals with Declan Deegan blasting the sliothar to the net just 12 seconds after the restart, Vinny McDermott’s long free breaking nicely for him.

Further points from Carroll, Cunniffe and Deegan, Cunniffe’s from distance and under huge pressure, left the gap at 15 points just three minutes into the second half.

Points from James Rooney and Patrick Loughlin halted Carrick’s scoring march but two from veterans Cunniffe and Carroll, the second a great effort from the wing, wiped out the Manor gains.

The game started to peter out with Cunniffe and Moreton again on target with Michael Dolan converting a free for Manor while Cian O’Reilly missed a glorious goal chance when he kicked wide when clean through.