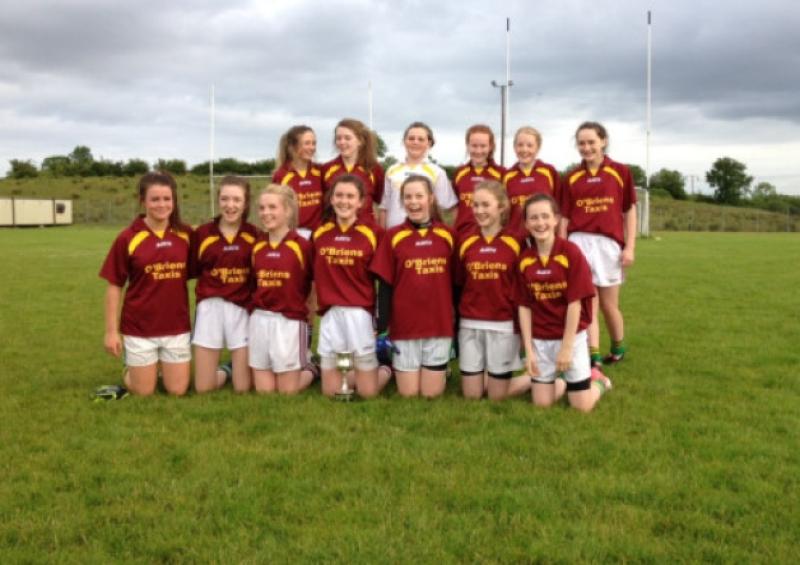 Aughawillan and Kiltubrid laid down early markers for this year’s Senior Championship as the County Ladies team take on Antrim next Saturday.

Aughawillan and Kiltubrid laid down early markers for this year’s Senior Championship as the County Ladies team take on Antrim next Saturday.

Leitrim face Antrim in the first round of the TG4 All-Ireland Intermediate Championship Qualifiers in Emyvale, Co Monaghan at 1.30 next Saturday in a must win game for the Green & Gold.

Antrim reached the Division 4 Semi-Finals earlier in the year and lost by a goal to a Roscommon team who have since beaten Leitrim in the championship so the Ladies will be taking nothing for granted when they face the Saffrons on Saturday.

Add in the fact that Leitrim will be without Aine Tighe and Sinead Fowley and the scoring power of the Ladies side has been greatly reduced but Leitrim will still be hopeful of progressing.

Aughawillan defeated last year’s Champions St. Joseph’s by 2-7 to 0-8 and coming so soon after their Divison One League victory, Aughawillan are sending out a message that they are intent on regaining the title they dominated for so long.

Kiltubrid, without the talents of the Tighe sisters, showed they will be extremely difficult to overcome when they overwhelmed a Bornacoola team making the step up to the Senior ranks, winning out 3-18 to 0-3.

Bornacoola’s venture up to senior football was very much a learning experience , having lost some of their more experienced players from last years panel.

Kiltubrid, despite missing the Tighe sisters, commanded this game. Miranda Burke-Foley made a welcome return to the middle of the field with Sinead McKieran a driving force in the back line. Younger players Aine Redican and Caroline Doherty impressed and Bornacoola just couldn’t seem to get a break and really make an impact on this game.

The scoreline does not reflect the workrate of Kelly Howard, Leonie Duffy, Selina Shanley and the rest Bornacoola players put into the game but it does prove that Kiltubrid mean business.

On Saturday evening, last year’s defeated finalists Mohill were on the wrong end of a heavy 2-16 to 1-8 beating from an impressive St Mary’s in the heat of Leitrim Village community pitch.

St Mary’s were always in control as Mohill fielded a very young team Aileen Flynn, Caoimhe McGuinness and Katie Tyrell along with Caoimhe Canning and Claire Beirne fought on right until the final whistle but St Mary’s gained victory thanks to excellent performances from Michelle Guckian, Emma Guckian and Edel McManus.

In the Intermediate championship, the action was a lot closer with Cloone prevailing against Glencar/Manor in a contest that could have gone either way. The north Leitrim side missed three goal chances in the final minutes with Cloone keeper Annette Colreavy making some vital saves.

Cloone had the experience of Lorraine Brennan, Tara McCabe and Teresa Moylett stearing the ship. Lisa and Lorraine Reynolds along with Lorraine Moran were also execllent for Cloone. Aisling Kerrigan, Amanda Sweeney and Niamh Feehily fought hard for Glencar/Manorhamilton alongside Clare Cullen, Gemma Tiffoney and Mary Poinard but they will rue their missed chances.

Annaduff and Sean O’Heslin’s fought out a 3-9 ti 2-12 draw, a situation that looked highly unlikely at halftime as they trailed by nine points as the Ballinamore women hit three first half goals. But an inspired second half display from Annaduff saw them claw back the gap to force a dramatic draw.