No decision yet on managers’ future 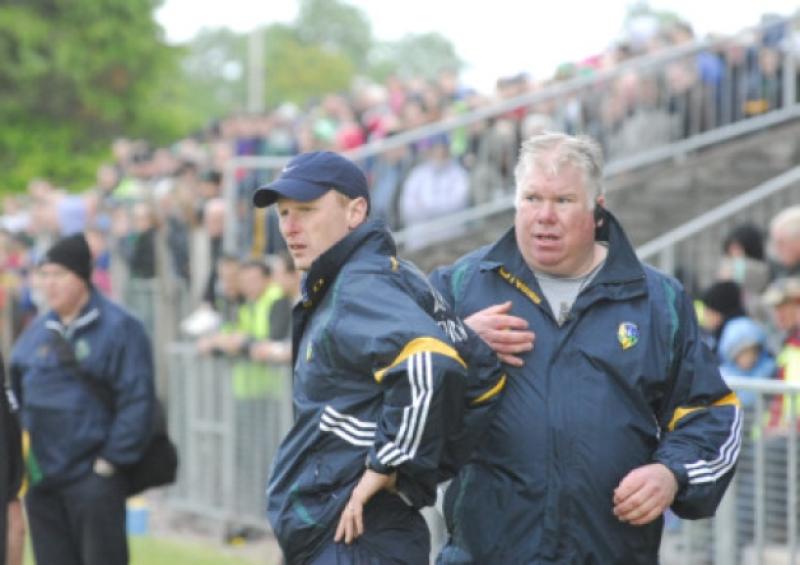 There has been no decision on the future of Leitrim joint managers Brian Breen and George Dugdale according to the Leitrim County Board.

There has been no decision on the future of Leitrim joint managers Brian Breen and George Dugdale according to the Leitrim County Board.

Breen & Dugdale were non-commital after the loss to Armagh in the All-Ireland Qualifier but it is believed that a number of the County Board Executive are against reappointing the duo for the coming season.

The next meeting of the County Board will take place next Monday and a spokesman said there would be no statement on the matter until the meeting is held.

However, there will be one departure from the Senior team set-up as long serving team doctor Declan Loftus has stepped down from his role. The popular Drumshanbo doctor has been with the team over for almost quarter a century.

Pairc Sean Mac Diarmada was also in the news as Donegal GAA officials were unhappy with the decision to fix their Qualifier against Laois for the venue while the Ladies Gaelic Football Association were also unhappy after they had provisionally booked Pairc Sean for theirTG4 All-Ireland Senior Championship double header.

Donegal Secretary Aodh Máirtín O’Fearraigh said that the choice of Pairc Sean would mean there would not be enough tickets for fans - “We’re simply not going to have enough tickets. We still haven’t got our official allocation but we would expect a large crowd to travel to Carrick-on-Shannon on Saturday.

“Don’t get me wrong, there’s nothing wrong with the venue but if you look at a possible allocation, whatever it is, it won’t be enough. For the GAA, the decision they have made to go with Carrick-on-Shannon doesn’t make sense financially.”

Ladies GFA President Pat Quill was unhappy that the starting time of their games had to moved - “Obviously it’s something that shouldn’t have happened. We had made our arrangements since last week.

“We’re happy enough in the end that our games are still going ahead, but Clare and Kildare are the ones most inconvenienced. We regret the inconvenience to the competing counties but in the circumstances, this is the best solution.”

However, a County Board official told the Observer that the LGFA had enquired about booked Pairc Sean but had not got back to the Leitrim County Board with official confirmation by the time the Donegal Qualifier game had been fixed.