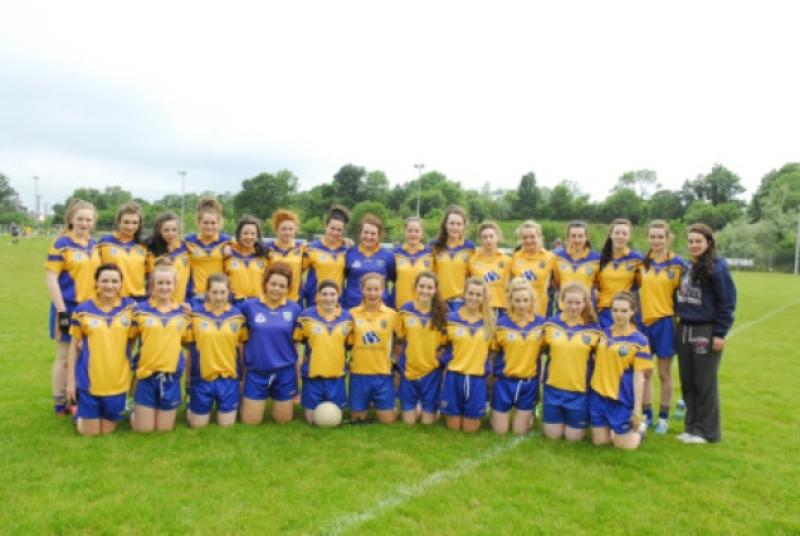 A poor first half cost an under-strength Leitrim dearly as Roscommon prevailed in last Saturday’s Connacht Ladies U-16 B Championship Final.

A poor first half cost an under-strength Leitrim dearly as Roscommon prevailed in last Saturday’s Connacht Ladies U-16 B Championship Final.

Leitrim trailed 4-6 to 0-5 at halftime but outscored their opponents by 1-7 to 0-2 but the damage done in the first half was too great to overcome.

While they came up short against a more physical Roscommon, Leitrim showed great character in coming back at Roscommon in the second half and with a little bit of luck could have pulled the game out of the fire.

Roscommon showed greater hunger for victory particularly in the first half and it could have been worse for Leitrim as some brilliant defensive action from Aisling Sorohan and Shannon O’Rourke contributed to Roscommon’s tally of 10 first half wides.

As Leitrim came forward in waves in the second half, the Roscommon rearguard worked their socks off to deny Leitrim vital scores that would have turned the game.

Roscommon added two more points before Maguire converted two frees to leave a goal between the sides. But Roscommon upped the tempo as a 35 metre Rachel Costello shot dipped just under the bar while Shauna O’Connell added another goal.

Roscommon were not finished as Jill Mullooly fired home after he first shot was saved by Shauna Plunkett.

Aileen Maguire hit back with two points but the halftime score stood at an imposing 4-6 to 0-5 in favour of Roscommon and the young Leitrim Ladies with a mountain to climb in the second half.

Dearbhaile Beirne started the fight back with a second minute point, Maguire adding a free after a foul on Eilish O’Dowd.

Leitrim were now dominant around the middle of the field with Eilish O’Dowd winning the high ball and Elise Bruen and Caoimhe Canning wining the breaking ball.

Beirne and a Maugire free reduced the deficit as Roscommon doubled marked Beirne but a rare attack yielded a Rachel Fitzmaurice free but another good move yielded a score for Maguire.

Beirne beat three players only to be fouled as she was through on goal, Maguire pointing the free but Leitrim needed a goal and a goal they got when a long ball from Bronagh O’Rourke led to a goalmouth scramble, Caoimhe Canning getting her boot to the ball to rattle the net.

That left five points between the teams with eight minutes to go with Emer Masterson adding a point. Another goal-mouth scramble led to a Roscommon free and the Rossies worked the ball up the field for Jill Mullooly to get the final score of the match.