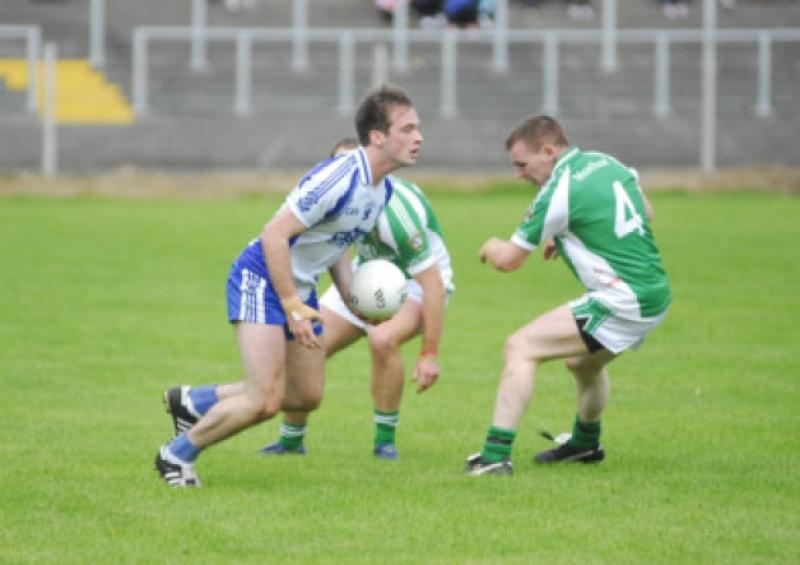 For a man who delivered a performance beyond his years, it was strange to see Conor Farrell lost for words last Sunday.

For a man who delivered a performance beyond his years, it was strange to see Conor Farrell lost for words last Sunday.

The 20-year-old was rock solid at centre-back but found it hard to put into words what the victory meant to him - “It is unbelieveable, I don’t know how to describe it. Everyone has put in so much work the last six or seven months going down to Mullingar. I don’t think it has sunk in yet, it might sink in tomorrow morning.”

The St. Mary’s man paid tribute to the influence of his older team-mates - “I’m delighted with the year I’ve had. I had a tough year last year, I suppose I wasn’t committed last year as I am this year. I decided I’d put my head down this year and go hard at it.

“James Glancy, Jonathan Cassidy, you feel safe with those guys around you, it gives you a bit of freedom, they are always talking to you, you feel you can attack a ball, you know you’re safe.”

Conor also highlighted St. Mary’s midfield dominance as key to their victory but he admitted he was worried when Mohill closed the gap to a point - “I think that was a strong point of our game all year, we’re strong around the middle all year and that is one of our main qualities, our ball winning ability and it gives us a foothold, possession is the most important thing and once you have that, you can kick on from that.

“When the goal went in, I felt we were going to collapse but fair play to the lads, they steadied themselves, we kicked another point and we drove on from there.”

Asked if he would be interested in a call-up to the County Senior panel after his displays this year, Conor said - “Absolutely, that is the pinnacler of what you aim for, it would an honour to play. It would be unbelieveable if I was but I’m not thinking about that right now.”