Disappointed but proud of team’s effort 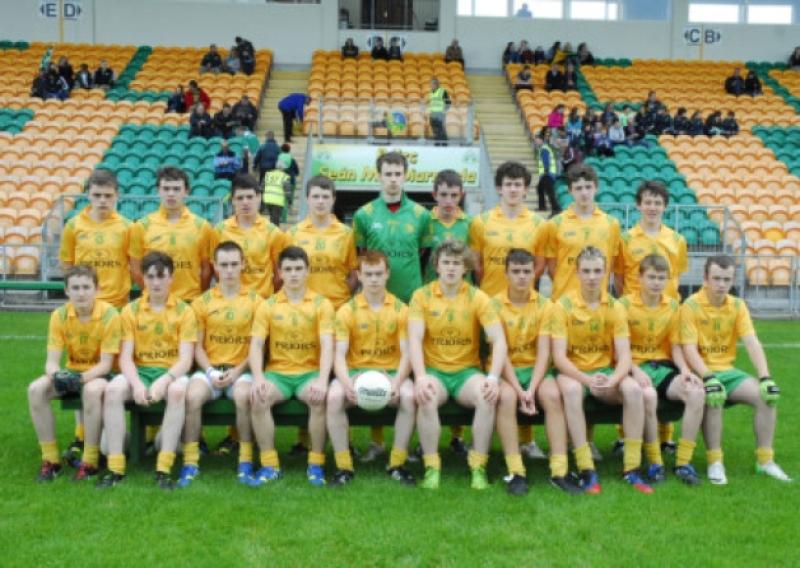 The final scoreline did little justice to the immense effort a Ballinamore team featuring nine Under 16 players put in over the 60 minutes and Patrick admitted his disappointment while stressing his pride at the effort his team had put in.

Speaking to the Observer after the final whistle, Patrick said “We worked hard since last Christmas and the lads to be fair put in a magnificent effort, they are a great bunch of lads. We’re tight on numbers, we just have the bare 16, 17 and we probably had nine U16s out there today so it was a major achievement for us to get to the final.

“We’re disappointed with the result, we thought we could probably nick it but just a few things went against us.”

Patrick paid tribute to the effort his team put in but highlighted St. Manchan’s strength in depth - “The lads have great heart, they are a good bunch of lads, they are friends, the work hard and they are a credit to the club.

“They did their best but Manchan’s were just that bit stronger. Anyone they were bringing was probably saying I should be on, it is unbelieveable.

“They lost the final last year, they are very strong, they have huge numbers and they put in a huge effort so fair play to them.

“Losing James Hamill was a massive blow to us, we couldn’t afford to lose anyone. We had to do an awful lot of rejigging just to get back into some sort of shape. When we drew level after ten minutes of the second half, we had chances to go ahead, maybe we didn’t take them but that is the way football goes.”

As for the future, Patrick is cautiously hopeful - “We’ll keep at it but you never know afterwards what might happen. When Minor is over, you never know, New York or Australia might beckon, we hope not, we hope we can build a team on these lads.”