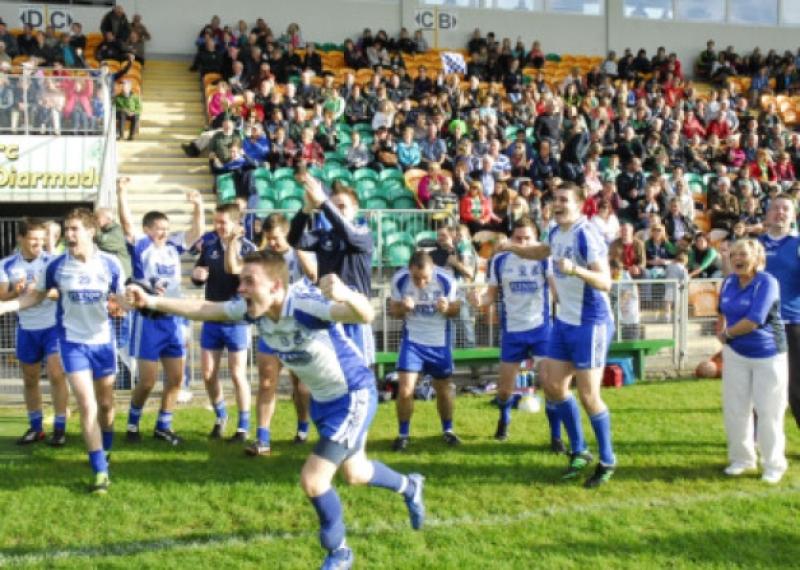 One of St Mary’s heroes last Sunday, Alan Doherty, summed up the feelings of many when he said, “Words can’t really describe it.”

One of St Mary’s heroes last Sunday, Alan Doherty, summed up the feelings of many when he said, “Words can’t really describe it.”

“We’ve had disappointments losing finals to Manorhamilton and going out in the semi-final last year but there was a concerted effort this year, a huge effort by the lads all year.”

Speaking about how they have learned from years gone by Alan explained, “People say you learn more from defeat than you do from victory and I think that is true. We had to pick ourselves up a couple of times and thank God it has spurred us on and it has made us more clinical. I don’t know if you’d say well-rounded but we are a team that know how to finish a game.”

Four points late in the first half helped St Mary’s give the scoreline a more accurate look at the break but Alan insisted he and his team mates knew Mohill would come roaring back at them.

“We spoke about it in the dressing room at half time that no team is going to dominate a game for 30 minutes, every team is going to have a purple patch and it’s how we respond to their purple patch. In fairness we got off to a flyer again in the second half, I think we went six or seven points up and that was our response to them.

Having finished the game with a personal tally of 1-2 it is fair to say Alan was happy with his afternoon’s work but he insisted it was a team performance that secured victory.

“This year I was lucky I’ve been played in a position that kind of suits me. For the goal I was lucky to get on the end of it. I was delighted with anything that you can contribute to the team. If was taken off after five minutes and we still won I’d be just as happy, Individual performances can go out the window as far as I’m concerned!”