Lowe on a high as pain of previous finals
vanquished 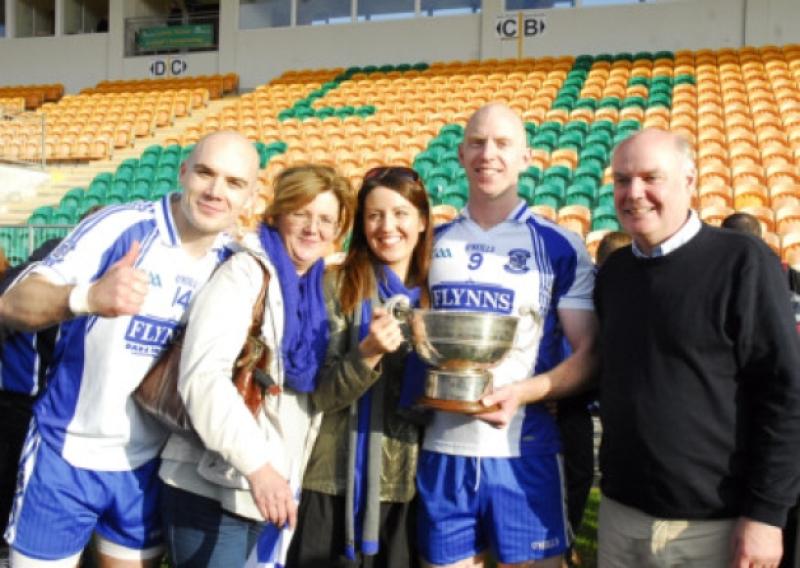 The pain of defeat in previous finals was something a number of the St Mary’s players referred to when speaking after Sunday’s final.

The pain of defeat in previous finals was something a number of the St Mary’s players referred to when speaking after Sunday’s final.

Robbie Lowe echoed those sentiments as he struggled to catch his breath after the game. “This is our third final in four years, we know what it’s like to lose them so it makes it that bit sweeter to win one for a change.”

One of the intriguing battles was the duel between Robbie and Michael McGuinness and the St Mary’s man was full of compliments for the former county star. “That man could be back playing county football. People were saying he doesn’t have the pace but he reads the ball fierce well.”

Robbie admitted he thought the game was won when the second goal was scored won but could only laugh about his own role. “I’d be lying if I said I didn’t think we had it won after the second goal. It was a terrible free that I kicked in, I don’t think I’ve hit worse all year. That’s the breaks some times. They could have caught the ball and gone down the other end and popped it in the net but we’ll take it.”