Everyone stood up and performed says delighted captain 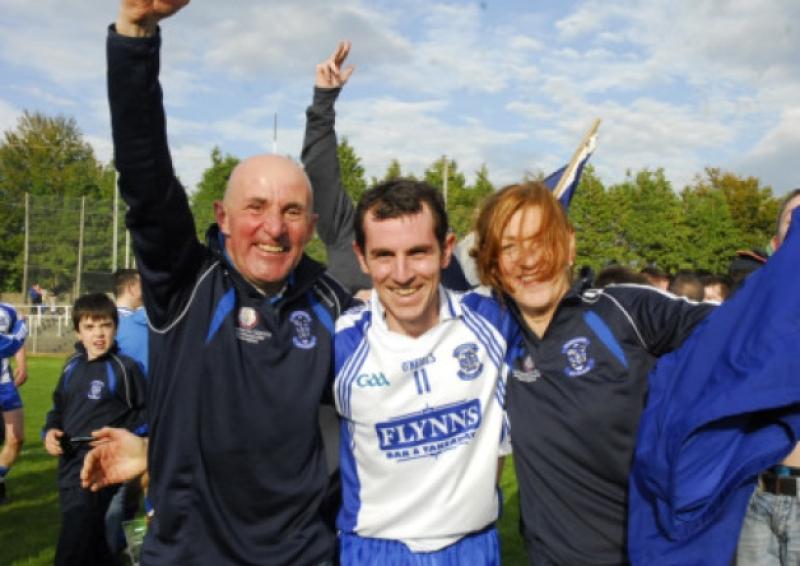 It is fair to say that there was no happier nor more relieved man when the final whistle sounded last Sunday than St. Mary’s captain James Glancy.

It is fair to say that there was no happier nor more relieved man when the final whistle sounded last Sunday than St. Mary’s captain James Glancy.

The defender was one of the survivors in the Carrick team from the traumatic defeat to Mohill back in 2006 and James admitted that when Mohill closed the gap back to just two points midway through the second half, his thoughts started to stray back to that final seven years ago.

“Here with 15 minutes to go, when Mohill got the goal and closed it to two points,” revealed James, “no matter how head-strong you are, the ghosts of six years ago are going to creep around but the lads around the middle were fantastic, it didn’t phase them at all, it didn’t take anything out of them at all.

“No matter how head-strong you are, you’re thinking about 06 all the time. I think we were the better team in fairness but there is always that concern, when you are kicking wides, it is not the best place to be.”

If there was worry when Mohill closed the gap, James was nevertheless thrilled to lift the Fenagh Cup - ““Absoutely delighted, it has been a brilliant day the way everyone stood up and performed, I couldn’t expect any more from anybody, it has been brilliant today and a great way to cap off the year.”

Neither did James expect St. Mary’s to dominate so much of the contest - “It is definitely one thing we didn’t expect, on the day probably things just didn’t happen for Mohill and Ronan was carrying a knock so that played into it but I can’t take away from it. The lads around the middle were brilliant all day, the lads inside in the forward line, all 15 really stood up to it today.”

The captain also paid tribute to St. Mary’s younger players for their role in the win - “They’ve been doing it all year, the likes of Conor Farrell, Alan Doherty, Conor McWeeney, the last couple of games and in challenge matches, they have really shown that they are leaders as much as anybody else.

“Conor Farrell has been the new kid on the block for us this year at centre-back and he has been outstanding. It was great to see them getting the rewards.”

As for the Connacht campaign, James said “It hasn’t been mentioned before so it is something to focus on now so hopefully, we’ll be able to refocus again and give that a go.”