We were definitely over-due victory 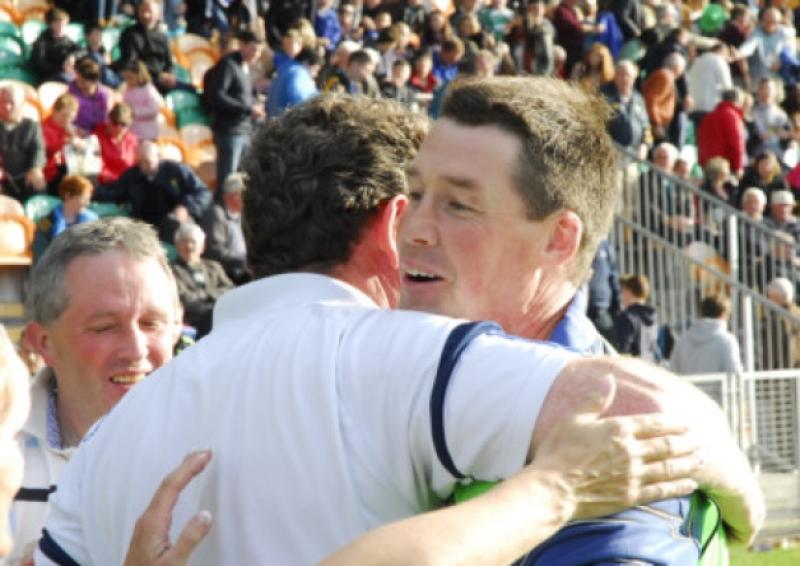 After defeats in their last two final appearances, St. Mary’s manager Tom Crowe felt that his team were due a victory last Sunday.

After defeats in their last two final appearances, St. Mary’s manager Tom Crowe felt that his team were due a victory last Sunday.

Speaking to the Observer, Tom said “It is definitely a sweet one, definitely after ‘10 and ’11 when we were within a kick of winning. It is difficult to get to a final, it is important to win it when you get there but I think we were overdue it.

“It is not that long since we won it before but I think the fact that we’ve been knocking on the door we’re definitely over-due one.”

The pride in his team’s peformance was obvious as Tom highlighted the input of the players - “I’m absolutely thrilled for the club. I’m very proud of the club and it is lovely to see all these people delighted with the win.

“The group deserve this, they have been very, very committed, they sort of made up their mind early on that they were going to go ball-headed for this thing, we just facilitated them, myself and Joe, and they did everything we could want, you couldn’t ask for anything more from them.”

The St. Mary’s manager paid tribute to Mohill and admitted that his thoughts strayed back to 2006 - “There was a period after halftime when we completely dominated for ten minutes and we just didn’t show it on the score-board and we had some wides that were very uncharacteristic for us.

“You’d have to say Mohill never gave up, they didn’t lie down. I feel a bit for Ronan Gallagher, he seemed to hurt his knee at the very start of the game, he stayed on the field and I would say that he wasn’t fully fit. You’d have to say fair play to him, he stayed out there and did the very best for his team.

“2006 did pop into my mind! Should I be taking people off or leaving them on but I believe we were that bit better during the course of the game.

Tom highlighted the role played by the young players - “I thought Conor Farrell was tremendous today. He was very forceful, he got balls he shouldn’t have got today. Colm O’Reilly, very talented lad, it is great to have the likes of him to come in and score.

“These young lads, it is great to give them this chance early on. The young lads won the day, it is theirs now and if they can better that in the future, they have done something.”