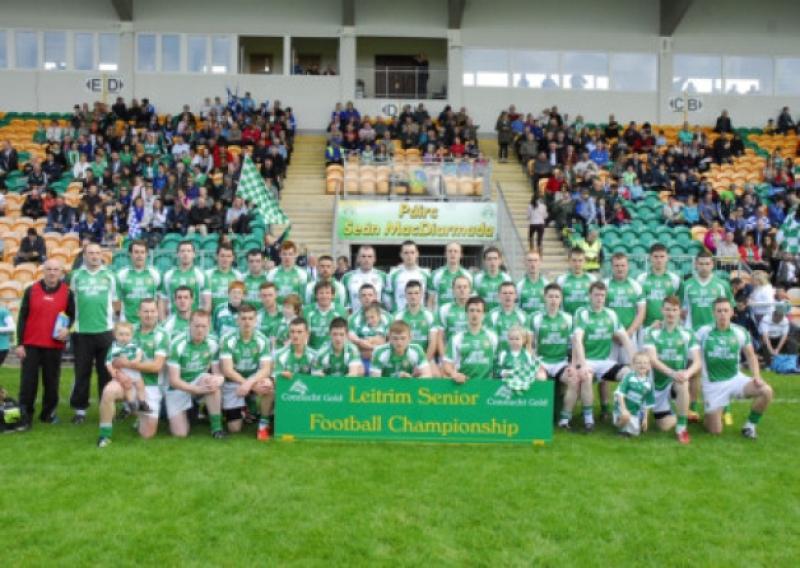 It might have been sign-posted in the previews of Sunday’s County Final but Mohill joint manager Liam Higgins identified St. Mary’s dominance in the middle of the field as key to their victory.

It might have been sign-posted in the previews of Sunday’s County Final but Mohill joint manager Liam Higgins identified St. Mary’s dominance in the middle of the field as key to their victory.

A naturally subdued Higgins was typicially gracious in his analysis of the Senior Final as he stressed the better team had won on the day - “They were very strong at midfield, I don’t think we really performed to the best of our ability, made a few mistakes, a lot of uncharacteristic mistakes.

“But Carrick were overall the better team on the day, we can really have no complaints. They dominated for long periods and maybe didn’t put it on the scoreboard but we got it back to two points and thought maybe we could push on but then we gave away a softish goal and then we were chasing the game big time after that.

“We always felt midfield was going to be a vital sector of the game and whoever was going to get the possession in midfield was going to win the game. We did struggle for long periods and it wasn’t just clean possession, it was the breaking ball as well and when we did get a bit of dominance in the second half, it did tell on the scoreboard but for all that Carrick were just that little bit stronger today.”

Mohill’s cause was definitely not helped as Ronan Gallagher picked up an injury in the very first minutes of the game, a blow that definitely reduced the impact the County star had on Sunday’s Final.

But his manager, while acknowledging the effect Gallagher’s injury had on his team, did not want to make excuses - “Ronan Gallagher picked up a little knock on his knee very early on, sure these things happen and it is unfortunate for Ronan because Ronan is a very big force for us around the middle of the field.

“It is unfortunate but we’re not using it as an excuses. There is no doubt about it, Ronan has been excellent for us around the middle. It didn’t help the cause but at the end of the day, Carrick were the better team.”

As for the future, Liam was not yet in a rush to make bullish predictions but agreed that Mohill have some great talent coming through - “I suppose we’ll look at it over the next few weeks, we have the league, the Junior Championship at the weekend and we’re still in the running for the League, we have to drive on and then maybe take stock of of the year and see where we go from here.

“But look, there is no question there is a lot of talent and we’re after winning the Minors as well, there is a conveyor belt of talent coming but today isn’t the time to discuss that.”