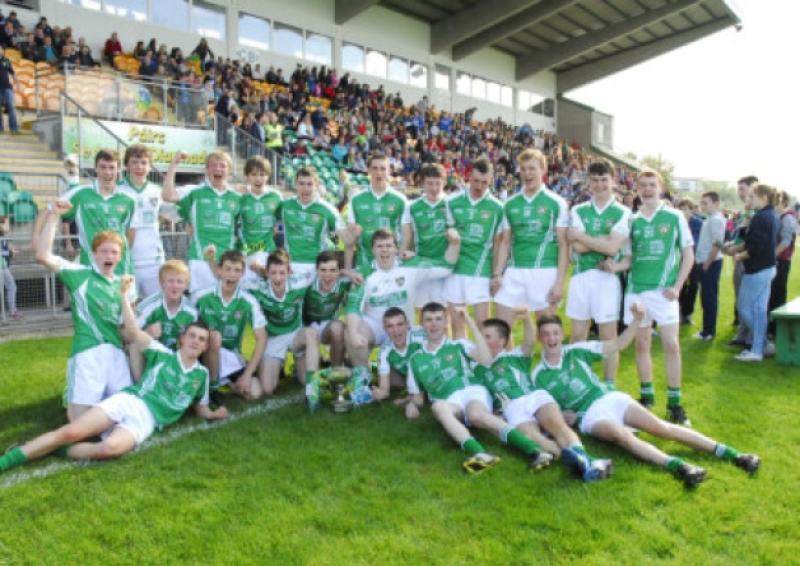 As he watched his captain Darragh Gordon lift the Minor Championship Cup, Paul McGuinness was understandably a proud man.

As he watched his captain Darragh Gordon lift the Minor Championship Cup, Paul McGuinness was understandably a proud man.

Along with Mickey Quinn, Paul took charge of the St Manchans team and he was quick to pay tribute to a group of very talented youngsters.

“Myself and Mickey Quinn are in charge of the team but in all fairness it was the players out there that did the business today.”

Paul recalled the disappointment of last year when they were defeated in a replay and stressed he was aware of the threat Ballinamore posed.

“We were here last year with a very good team and we were pipped at the post by the Fenagh/Gortletteragh amalgamation.

“We always knew that Ballinamore were going to be a formidable opponent because of the victory they had in the semi-final against St Brigids who are an amalgamated team dotted with county players. We knew we had to produce something special to win here today.”

Reflecting on the game Paul paid tribute to the manner in which his players responded to a slow start.

“We got off to a bad start, we were down by about six points and it just shows the passion that those lads have.

“Things settled down in the middle of the half and we pushed on from there. Even though Ballinamore came back in the second half and levelled it I don’t think we were going to be beaten on the day.

The strength of the panel was something Paul referred to when reflecting on the game and he felt this was pivotal to his side’s success.

“We were in a fantastic position before the game to pick the team in that we didn’t know where to play players. We had so many players so close to positions and we had a hard job in actually saying fellows are going to make the cut and other fellows aren’t. “We had a very difficult job but it was a beautiful position to be in, we knew if we ran in to difficulty anywhere we had a good player to bring on.”