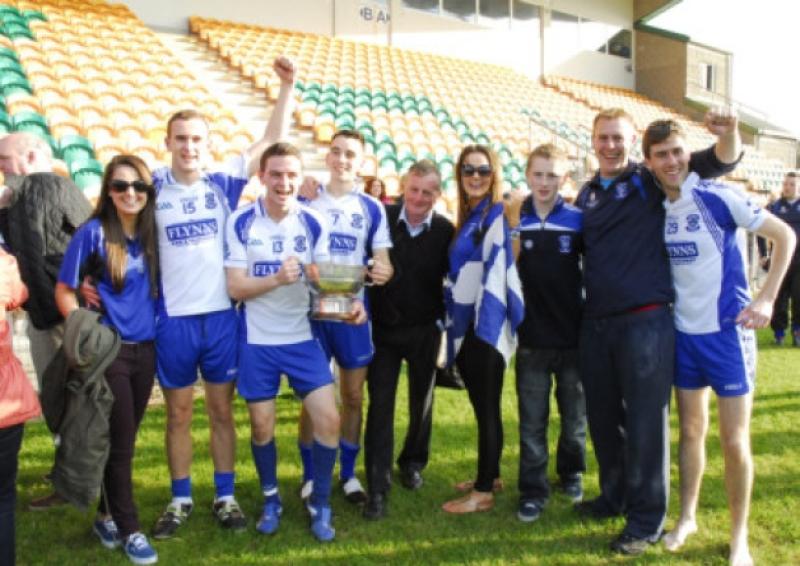 As the celebrations began in Pairc Sean MacDiarmada on Sunday last one thing the players all spoke about was the strength of their panel.

As the celebrations began in Pairc Sean MacDiarmada on Sunday last one thing the players all spoke about was the strength of their panel.

Corner-forward Alan Doherty insisted the job of picking the starting 15 was not an easy one. “Thomas Crowe, God love him, must have had sleepless nights picking that team. None us knew the team until an hour before throw-in and it’s a great to see that there is such competition in Carrick. I think that’s another thing that spurred us on, the competition. It’s not just 15 lads, it’s 30, everyone has a chance of playing.”

Similarly man of the match Clement Cunniffe also spoke about the strength of the panel saying, “If you get picked on the team you have a job to do and you are there on merit, you are not there because you have a name. I think that showed and we had great subs coming on playing their part.”

County footballer Robbie Lowe also praised the role of the substitutes saying, “The best thing was that it was the subs, the young lads that were making the runs at the end. The likes of Colm O’Reilly and Joe O’Rourke were popping over points when the more experienced heads were losing the run of ourselves.”