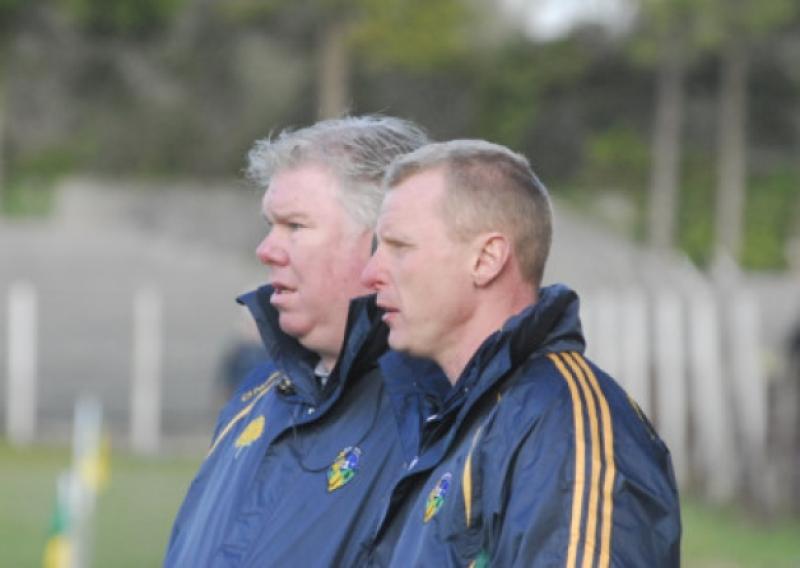 Former Leitrim star Liam Conlon has slammed the treatment of former joint managers Brian Breen and George Dugdale by the County Board in a letter to the Leitrim Observer.

Former Leitrim star Liam Conlon has slammed the treatment of former joint managers Brian Breen and George Dugdale by the County Board in a letter to the Leitrim Observer.

Conlan, who won a Connacht Senior Championship medal with Breen & Dugdale in 1994, assisted with the Dublin based players during the year and he had some harsh criticism for the County Board.

In his letter, published in full in this week’s Leitrim Observer, Liam wrote “This particular controversy caused far more bitterness and division than it should ever have. And it has to be said that the county board itself didn’t do much to foster unity when it was needed most. At best, they sat on the fence. At worst, they contributed to the poisoned atmosphere that prevailed by failing to come out decisively in support of the management.

“Breen and Dugdale were left more or less on their own to face the hostility that was coming their way. The board’s silence was deafening. It is pretty clear that the board did not agree with the decision the managers made.

“Breen and Dugdale have paid the price for the stance they took, in more ways than one. It has been a very hurtful experience for them both. This is a reality that shouldn’t be brushed under the carpet either. They deserved better than that.

“The county board did very little to help. In fact some people made a bad situation worse. Their behaviour does not augur well for the future of Leitrim football – no matter who is in charge of the team.”

The former Ballinamore clubman added “In the days and weeks afterwards, the abuse that both managers and players received, in person and in online forums, was shocking. They have been smeared by rumour and innuendo. It has been a shameful episode. The players at the centre of the controversy wouldn’t have deserved it, never mind the two managers who were simply trying to do the right thing.

“It seems that all perspective was lost on the progress the team and management had made over the previous 18 months.”

Liam also stressed that the former management team were trying to establish “some core principles” within the group as he said “There couldn’t be, and there can never be, one set of rules for a certain number of players, and another set of rules for the rest. The managers were consistent about this from day one.

“They could have turned a blind eye. They could have swept it under the carpet. But they didn’t because if they did, they’d have been hypocrites in the eyes of the rest of the panel. Instead, they decided to practise what they’d preached. A vast majority of the players had abided by the rules. A tiny minority had broken the sense of trust, and the spirit of unity, that had been cultivated within the panel.”

For the full text of Liam’s letter, see page 60 of this week’s Leitrim Observer.