Seconds out in fight 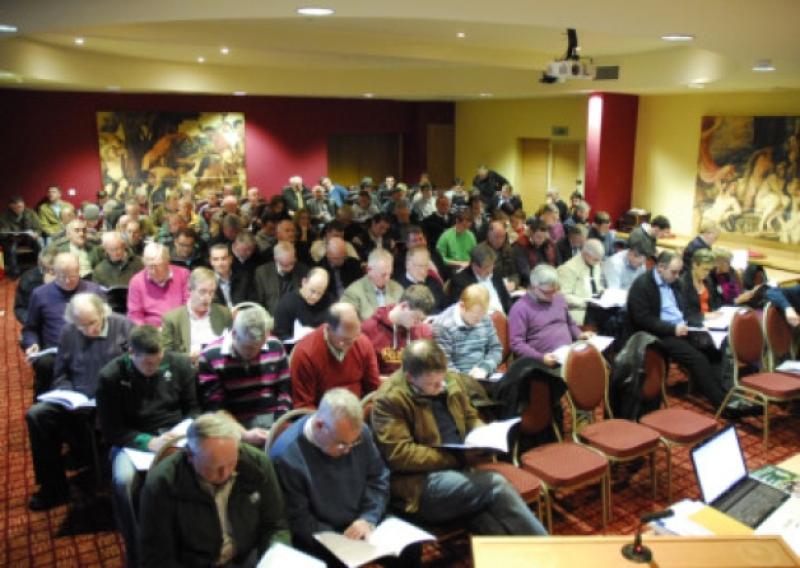 To use boxing parlance, Leitrim GAA is set for one of the biggest bouts in years as the fight for the role of County Board Secretary comes down to the final rounds.

To use boxing parlance, Leitrim GAA is set for one of the biggest bouts in years as the fight for the role of County Board Secretary comes down to the final rounds.

Incumbent Secretary Diarmuid Sweeney faces challenger Stephen Flynn in the battle for the position of Secretary at next Sunday’s Leitrim GAA County Board Convention in the Bush Hotel, Carrick-on-Shannon.

After a year that started so well with Leitrim’s triumph in the FBD League and ended with two knock-out punches in the guise of defeats to London and Armagh, the contest for the position of Secretary has been one of the hardest fought in some years.

With only three motions on the Clar, all interest will be on the one contest down for decision with all other outgoing officers being returned unopposed for 2014.

Unfortunately, this year’s Convention will go on without a major preview as, for the first time ever, the Leitrim Observer has not received a copy of the Secretary’s report for publication before next Sunday’s meeting.

Normally, the Observer would carry extensive extracts from the Secretary’s report ahead of the Convention but we can only apologise for the absence of the report from our pages this week.

We would hope to carry some extracts from the report on our website at www.leitrimobserver.ie when we receive it.

Another position up for grabs is that of Glencar/Manorhamilton Senior team manager after the League champions posted on their Facebook page and website that they are seeking nominations for the positions of Senior, Intermediate and Junior team managers for 2014.

Fergal O’Flaherty had led the north Leitrim men to back to back Division One titles and an appearance in the 2012 Senior Championship Final while Intermediate manager Dessie McNulty led Glencar/Manor to this year’s Intermediate Championship title.

Club members are invited to nominate candidates before next Tuesday, December 17, at 6 pm and with the talent in the north Leitrim club, there is sure to be a lot of interest in the position of Senior team manager.

• In other GAA news, Bornacoola GAA Club have applied for planning permission for a two-storey extension to their existing clubhouse, consisting of a function room, kitchen and patron toilets at the ground floor with gym facilities on the first floor.