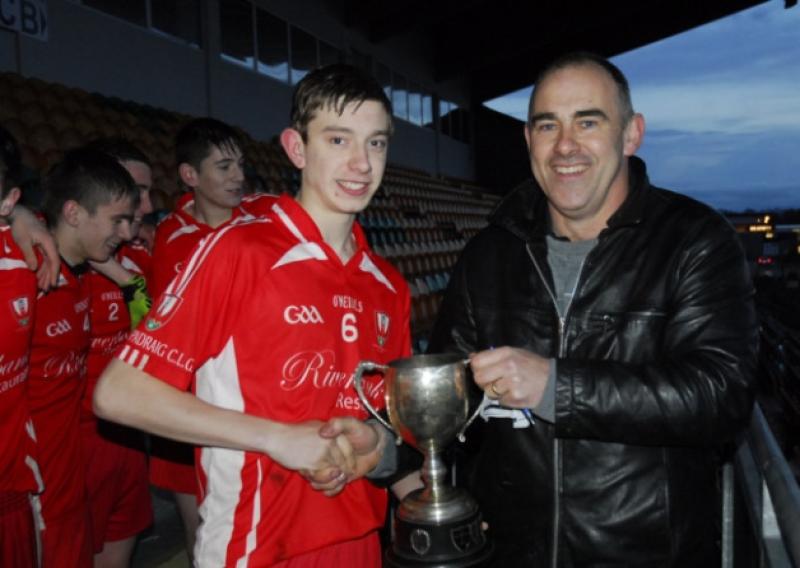 Glencar/Manorhamilton, led by the fiercely impressive Conor Dolan who landed an incredible ten points, looked in a completely different class after 22 minutes in Pairc Sean Mac Diarmada as they led by five points and seemed to be scoring at will.

But the game was turned on its head when Robbie Cunningham was taken down on a strong run that was his trademark during this Final and when Gary Fowley goaled from the spot-kick, the fire was back in Dromahair bellies.

Three further points flew over the Manor bar before Cunningham scored an extraordinary solo goal, twisting and turning defenders as he soloed in from 40 yards out, to put Dromahair well in control.

By the time Dolan added another point for Manor, Dromahair were seven points clear and the game was gone from Glencar/Manor despite whatever efforts they made.

There was debate after the game on the issuing of two black cards and one red by referee Brendan Sammon, Glencar/Manor feeling aggrieved but from this vantage point, the only fault that can be laid at Sammon’s feet is that he failed to allow Dromahair an advantage that would have given them a third goal after a crude lunge on Cunningham as he raced clear.

Glencar/Manor got off to a dominant start with four points from play from Conor Dolan in the first six minutes before Gary Fowley halted the scores witha free. There was a blip for Manor when Fearghal Rooney clearly pulled down a Dromahair player, earning a black card and Martin Feeney a successful free.

Glencar/Manor hit back with points from Christopher Ferguson and Dolan but the game turned on it’s head after 23 minutes when Robbie Cunningham was taken down and Fowley converted the spot-kick.

Cunningham added a point when he could have goaled, Keith Conlon and Gary Fowley both scored great individual points before Cunningham gathered a long ball, running in 30 yards as he twisted and turned the defence before firing a low shot to the net.

That left the halftime score at 2-5 to 0-7 in favour of Dromahair and they added further points from James Clancy and Cunningham (2) before Dolan pointed a free on 39 minutes.

Martin Feeney tapped over two Dromahair frees with Dolan scoring twice, one a brilliant long range effort that also earned a black card for Jason Gallagher for a late hit.

Gavin O’Hagan hit a long range point but his next intervention was a lunge at Cunningham who had broken clear, the red card dismissing him as Feeney tapped over the free. Feeney would take his tally to five with a further free with Dolan have the last word from play.