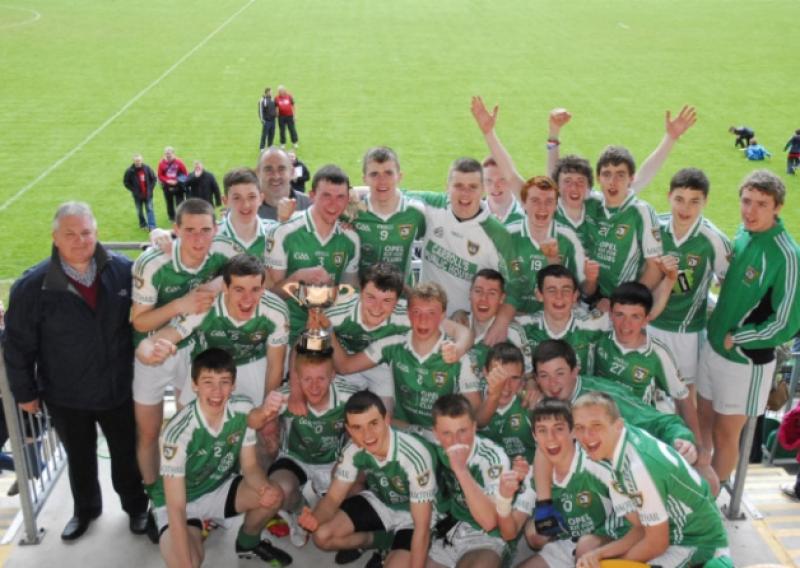 Efficient and solid, St. Manchan’s demonstrated their class in overcoming a highly rated St. Brigid’s with some ease in the Minor League 15-a-side Final last Wednesday.

Efficient and solid, St. Manchan’s demonstrated their class in overcoming a highly rated St. Brigid’s with some ease in the Minor League 15-a-side Final last Wednesday.

With both sides boasting a fair selection of the Connacht Minor League winning Leitrim squad, hopes were high for a high quality Final but rather we got a largely dour affair where the greater class of St. Manchan’s came to the fore.

With a lot of the Leitrim stars negating each other, it wasn’t until the final quarter that St. Manchan’s put this game beyond reach having missed some great goal chances beforehand.

Yet, in truth, a well drilled St. Manchan’s never looked like losing this Final - every time St. Brigid’s threatened, St. Manchan’s had an answer and the efficient way they kept the score-board ticking over demonstrated their superiority.

Ronan Gordon was central to that statement in the final quarter as he grabbed three goals, all great finishes while the excellent Paul Foy at full-back and James Mitchell at centre-back gave St. Manchan’s a solid look that St. Brigid’s talented forward line could not breech.

Keith Beirne showed great accuracy but the main man for Mohill was Keith Keegan who delivered a tour de force in the middle of the park against his county colleagues and set the tone, along with Michael Bohan, for the winners.

For a chastened St. Brigid’s, few of their stars dominated although Pierce Dolan and Fintan Fitzpatrick had their moments while Fergal McTague worked hard in the centre of defence.

St. Manchan’s got off to a great start with three Keith Beirne points, two from frees, and a curling Ronan Gordon shot putting them four up after five minutes.

St. Brigid’s hit back in style with Dylan Mimna finishing to the net after being set up by Mark Plunkett and Fintan Fitzpatrick pointing. However, instead of a St. Brigid’s revival, St. Manchan’s had the next four points from Beirne (3) and Keith Keegan.

Manchan’s saw a shot bounce just on the line and St. Brigid’s hit back with points from Fitzpatrick, Gaffney (free) and Plunkett before a fine Jamie Stenson point left the halftime score at 0-9 to 1-4 in favour of St. Manchan’s.

The third quarter was more notable for missed chances with only Gordon and Fitzpatrick pointing as Keith Beirne and Fiachra McGuinness for Manchan’s and Conor Cullen for Brigid’s missed good goal chances.

That second goal killed off St. Brigid’s but despite a Beirne free, they kept trying and saw Mimna and Fitzpatrick denied a certain goal by Jason Farry and Darren Keegan. To rub salt into the wound, Manchan’s went straight down the field for Gordon to snatch his third goal of the game.