Ward appointed boss as Leitrim look to the future 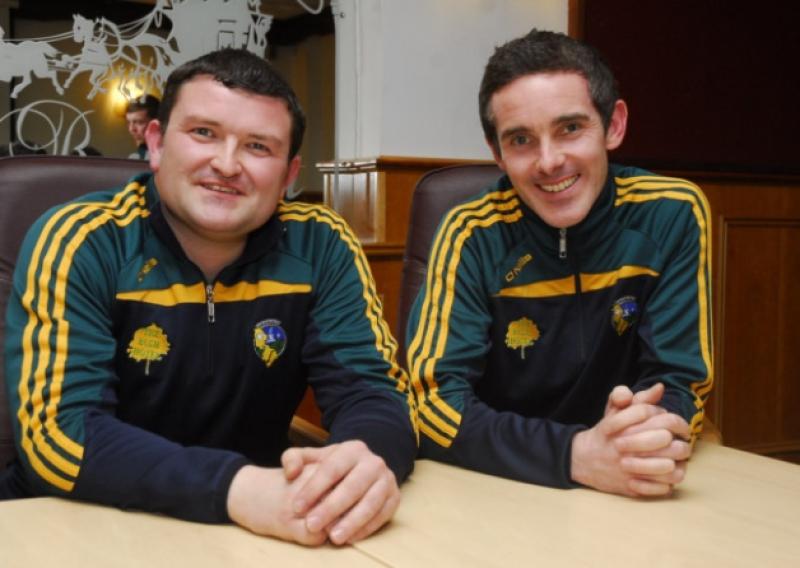 A new youth policy and an integrated approach to the County’s adult teams appears on the cards after Manorhamilton based Shane Ward was appointed manager of the Leitrim Senior, U21 and Junior teams on Monday evening.

A new youth policy and an integrated approach to the County’s adult teams appears on the cards after Manorhamilton based Shane Ward was appointed manager of the Leitrim Senior, U21 and Junior teams on Monday evening.

Ward’s appointment had been widely speculated about and known before Monday’s meeting of the County Board in Pairc Sean Mac Diarmada and it brings to an end a search for a new manager following the resignation of Sean Hagan last month.

With the new manager unavailable for comment on Tuesday, County Board Chariman Joe Flynn welcomed Ward’s appointment and said that the Donegal native would be looking for a revamp of the entire playing system of Leitrim teams.

“Shane is taking over the the panel and it is something that makes sense. Shane himself sees a different approach to the County set-up and it makes sense that we have the same approach and game-plan from underage to Senior.”

Joe admitted that some delegates, while unanimously backing the appointment, had some slight worries that taking on the three teams might be too much of a burden for the St. Clare’s Comprhensive School teacher but the Chairman feels the approach will bring about dividends for Leitrim football.

“Shane is looking to bring in the same style of football and approach to the three teams. The Junior team is not that big of a burden as Senior panel members and U21 players who do not play Senior will be eligible and it is a good stepping stone.

“There was total approval for Shane’s appointment at the meeting and the only concern expressed by some delegates was that taking on the three teams might be a bit ambitious but Shane is looking at a whole new approach.”

Joe confirmed that Ward’s appointment is for an initial two years but a long term approach would be taken to the Senior team management in the future - “We didn’t state a length of term at the meeting but Shane himself is looking at two years. The backroom team will be finalised in due course but there will be a totally new back-room team.”

As for targets, Joe says Leitrim remain realistic - “Promotion from Division Four remains the main target and there is no point in saying otherwise but also better performances in the championship, to make some progress.

“We would envisage using the FBD League to bring in new players and I believe that all panel members will get the chance to establish themselves with the Senior team during the FBD League,” concluded the chairman.