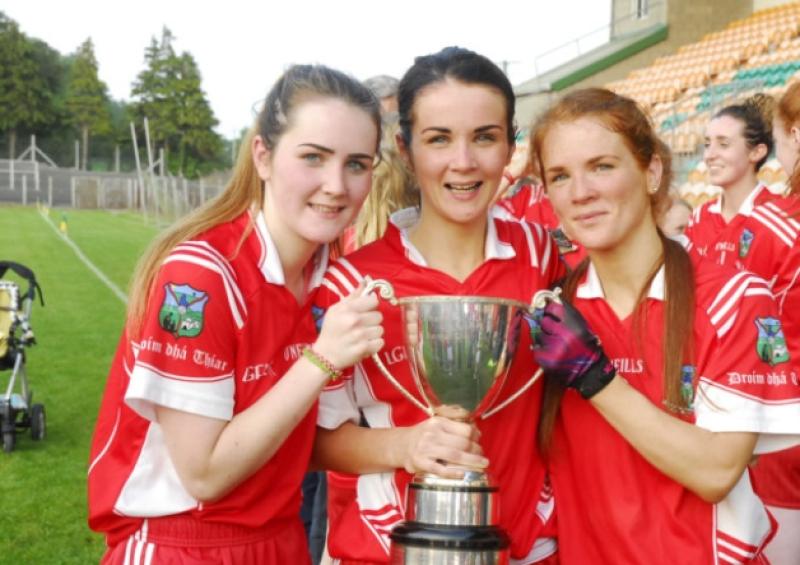 Finding the right words to describe a long awaited and hard fought victory isn’t as easy as it seems but captain Roisin Curneen and Player of the Match Sinead Fowley did a good job last Saturday.

Finding the right words to describe a long awaited and hard fought victory isn’t as easy as it seems but captain Roisin Curneen and Player of the Match Sinead Fowley did a good job last Saturday.

The Dromahair captain was a little taken aback at the idea of an interview but described just what is was like in the closing stages - “To be honest, our nerves were in shreds but thankfully we came back and supported each other like we have the last five years and the Cup is ours.”

Player of the Match Sinead Fowley found it hard to find words but it was that speechlessness that summed up what it meant to Dromahair’s players - “Absolutely thrilled, I just can’t put it into words, the effort all of us put in all year, I am beyond words.”

The team effort was something both Roisin and Sinead referred to with Sinead saying of her Player of the Match award - “I know it is a cliche thing to say but honestly all of us stepped up today, any one of us could have been player of the match, I’m thrilled that I am but it was 15 players of the match for me.”

Roisin added “It was very tough, St. Joseph’s really put it up to us out there and we really thought they were going to get us there in the end but the hard work over the year really paid off and we worked to the end.”

The Dromahair captain went on to pay tribute to keeper Mary Clancy who made a couple of vital saves - “In fairness to Mary Clancy, she was up there for Woman of the match, she had an unbelievable game, the saves she put in, the kickouts and the length she got the ball down the field, only for her, it would have been a different story.”

And both players emphasised just how important winning the title was to Dromahair with Roisin saying “We won it back in 2011 and we fought and fought until we got there. The one thing we were doubting ourselves for the last few years but this year we believed in the team we have and that we could go all the way.”

Sinead, with daughter Katie Rose in tow for the Player of the Match award presentation, stressed the importance of making your time count - “As you get older, I’m 31 today, your circumstances change and I think when you have a child, every session you do has to be worth it and that is why I can’t put it into words what it is like to win today.”