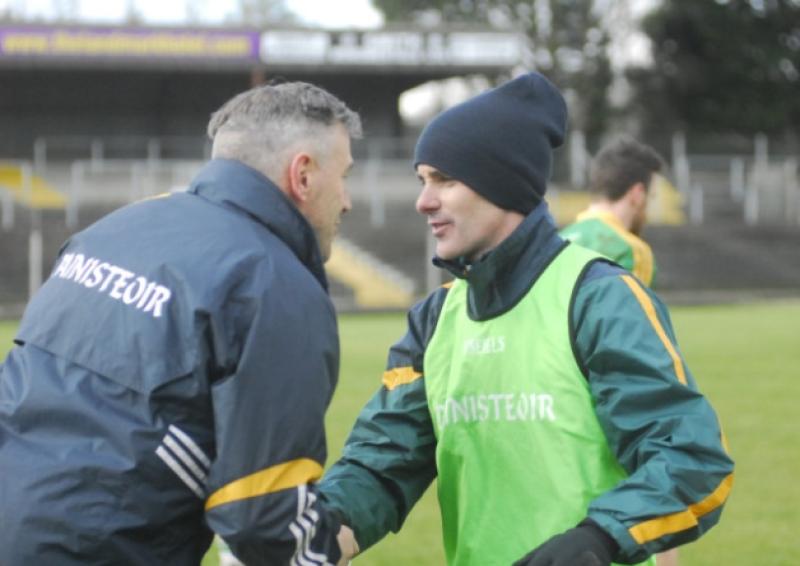 Leitrim manager Shane Ward again called for the patience of supporters despite agreeing that the introduction of eight League debutants is a major plus for the Green & Gold.

Leitrim manager Shane Ward again called for the patience of supporters despite agreeing that the introduction of eight League debutants is a major plus for the Green & Gold.

Speaking after the draw with Longford last Sunday in Pairc Sean mac Diarmada, Shane told the Observer “We had a lot of debutants, there are 15 or 16 new faces in a squad of 30 men, it is a massive turnover of players so it is going to take time.

“Usually at this time of the year, everybody gets ambitious and we think we’re aspiring to set targets, set goals but this is very much a new Leitrim squad, a new team and it is going to take time for them to bed in and learn lessons like they did today in how to kill off games and their game management in the second half especially and how to manage things in the closing stages of important games.

“We’re not setting targets, it is very much a work in progress and the boys understand that.”

The manager, however, agreed that his young players, typified by Ciaran Gilheany’s equalising point, showed pllenty of ambition - “They definitely didn’t lack ambition in that sense and that shows great belief and confidence in their own potential.

Leitrim travel to Aughrim next Sunday for the second round of the Allianz League, seeking to repeat their famous win of last year.