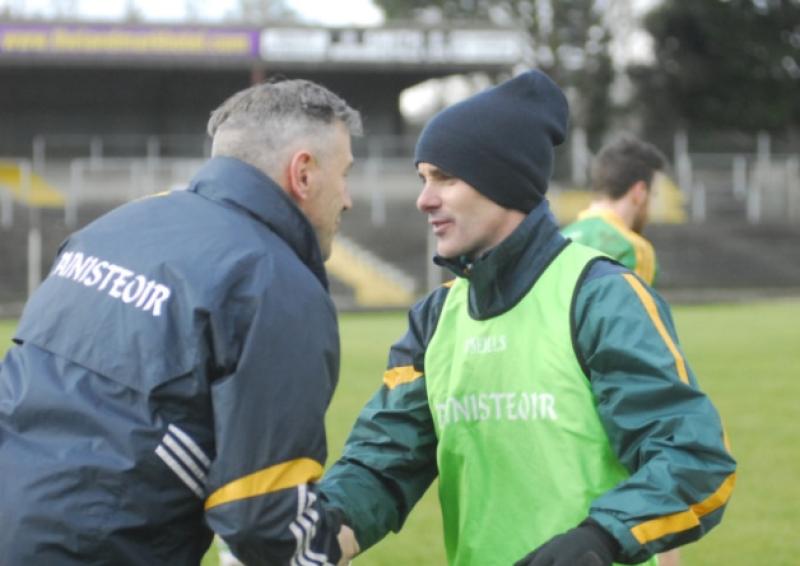 Longford manager Jack Sheedy summed up the feelings of both camps when he said he was glad his side hadn’t lost the game.

Longford manager Jack Sheedy summed up the feelings of both camps when he said he was glad his side hadn’t lost the game.

“I’m happy with the fact that we didn’t lose the game,” admitted Sheedy, “we certainly could have lost it. The way we dug in at the end was good, I was pleased that we didn’t capitulate and throw-in away.

“With six or seven minutes to go, it wasn’t looking overly encouraging but we kept working, kept trying to do things right and eventually, we got the rewards for that.”

The former Dublin All-Ireland winner admitted he was a little disappointed that his team didn’t go on to win the game after Sean McCormack’s dramatic late goal and three good scoring chances in added time.

“It was disappointing that having gone in front, we let the lead slip,” adgreed the Longford boss, “but we came back up the field and we created three good scoring chances in the last minute and a half, disappointed we didn’t take at least one of them, they were good opportunities and against opposition who work as hard as Leitrim, you’ve got to take those.

“We’ll take the point, it is always better than zero but certainly a lot of room for improvement.”

Sheedy was very happy with the effort his team put in and was delighted that Longford had claimed a point that could prove to be crucial at the end of the campaign - “There was never any issue with that, the guys who came in off the bench added to the performance.

“Everybody put their heart and soul into it, no complaints there. Every point in this division is going to be very important and if we scrapped for a point today, hopefully, we will scrape for two points next Sunday.”