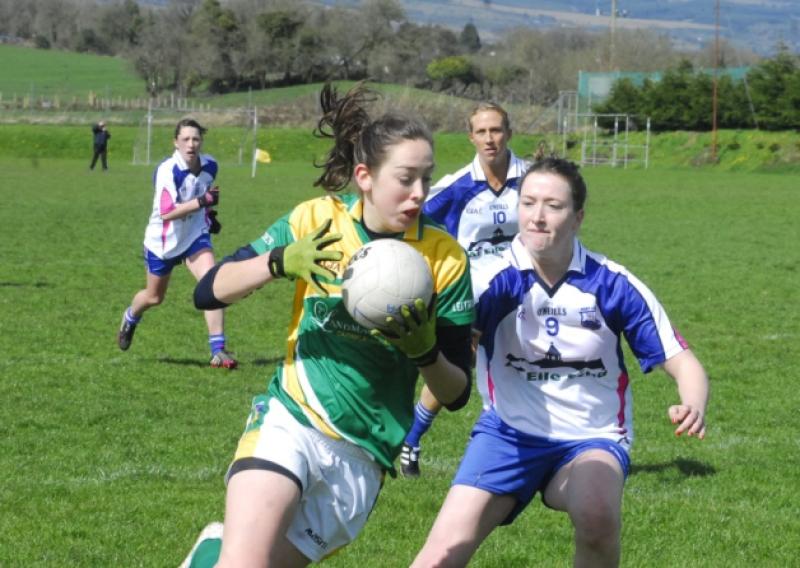 Leitrim face a bizarre playoff next Sunday against Roscommon to decide who finishes third in the Tesco Homegrown Ladies NFL Division 3.

Leitrim face a bizarre playoff next Sunday against Roscommon to decide who finishes third in the Tesco Homegrown Ladies NFL Division 3.

Both teams have qualified for the semi-finals on Sunday week, April 26, but now face a playoff to decide who finishes third and fourth in the division and who will face Division leaders Waterford.

Leitrim, Roscommon & Sligo finished level on 15 points but under Ladies Gaelic Football Association rules, the three teams went into a hat with Sligo receiving a bye into the semi-final and a playoff game must take place to decide the finishing order of the other two teams.

The three Connacht teams split the results among themselves in the League with Leitrim defeating Roscommon and losing to Sligo while Roscommon defeated Sligo.

GAA rules state that scoring difference is used to separate three or more teams level on points which would leave Sligo second, Roscommon third and Leitrim fourth but the LGFA use a different system to decide playoff places. It is a somewhat bizarre system that drawing lots is permissable to send one team into the semi-finals but not to decide who finishes third and fourth in the League.

The decision throws Leitrim LGFA’s plans for club fixtures this weekend into chaos as a programme of Division One and Two League games will not now take place as the LGFA are insisting that the playoff game take place.

And Leitrim manager Pat Costello admitted that the Ladies team have work to do on their first half performances after Waterford outscored them 4-3 to 0-3 last Sunday in Ballinamore, following on poor first half displays against both Wexford and Sligo in recent outings.

Asked if it was a confidence issue, Pat said “It is funny you say that because we do a lot of stuff that is confidence driven, they get a lot of time on the ball in training. Had they just been two weeks training and never seen a ball, you’d put it down to that but we’ve done a lot of ball work, worked on a lot of positions and different angles but it is hard to know.

“It is the first half that is causing problems and I think the girls have that in their heads from last year and previous years that they are a second half team. You don’t get rid of that overnight either, you have to put targets on the first half and when you put targets like turnovers and a certain number of scores, you are pushing forward and then you are leaving gaps and weaknesses.

“We’re trying to emphasise that we get so much done in the first half, all these things are a learning curve for. It is the level we are coming to that we just have to get over the next one,” concluded Pat.