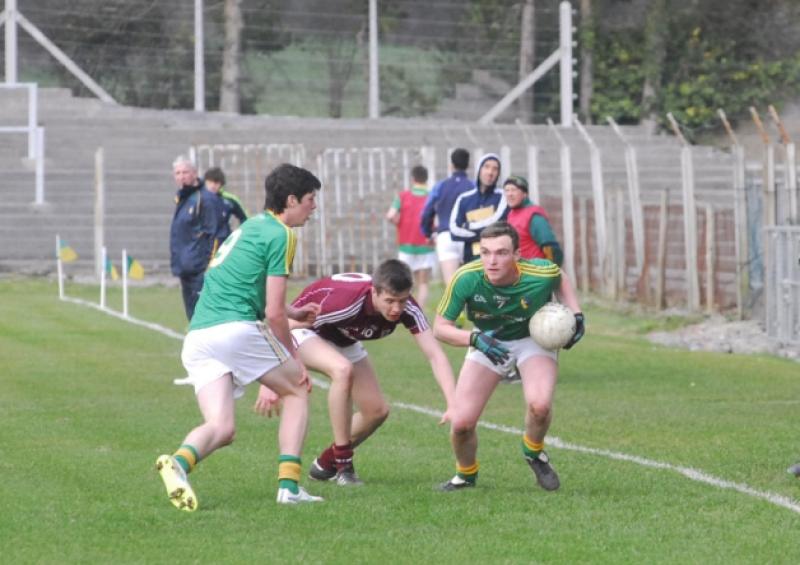 Leitrim finished their Connacht Minor League campaign with a frustrating draw against Galway last Friday, frustrated that it should have been so much much more.

Leitrim finished their Connacht Minor League campaign with a frustrating draw against Galway last Friday, frustrated that it should have been so much much more.

The Pairc Sean encounter between two teams completing their programme was a chance for both teams to give fringe players a chance to impress with manager Shane Ward starting five new forwards and changes in other parts of the field.

It led naturally enough to a more disjointed display but also a different tactical outlook with a more traditional formation with all six forwards in attack while Owen Dolan was moved from full-forward to centre-back.

But despite all the changes, Leitrim will look back on this game as a missed opportunity as the home team missed a succession of goal chances in the first half, including an incredible sequence where Conor Cullen rasped a shot off one post and Ronan Gordon put the rebound against the crossbar in an amazing let-off for the Tribesmen.

In fairness, the Galway men appeared even more determined to try out new faces with a radically different team to the one that easily acccounted for Roscommon the previous week and they conitnued in the second half with an incredible six changes at the break and another two in the rest of the half.

It led to the Galway men being disjointed and with Leitrim bringing on Jack Heslin, Peter Reynolds and Robbie Cunningham, who all made impressive contributions off the bench, Leitrim looked by far the most likely team to go on and win.

However, Galway displayed a lot of resilience under pressure as Leitrim missed a couple of good chances and couldn’t generate the opening they needed to get over the final line.

Alan McTigue continued to demonstrate his importance to the team with a fine display at full-back while Kevin Moran also did well in defence.

The midfield pairing of Conor Cullen and Pearse Dolan more than held their own but if they had enjoyed a slight bit more accuracy, Leitrim would have been comprehensive winners.

Upfront, Leitrim’s players may have been trying too hard to impress and it wasn’t until the three second half subs arrived that Leitrim showed the sort of threat they had been displaying in recent games.

The draw was a slightly disappointing end as you felt it was a game Leitrim should have won but the Green & Gold can be very happy with overall League campaign.