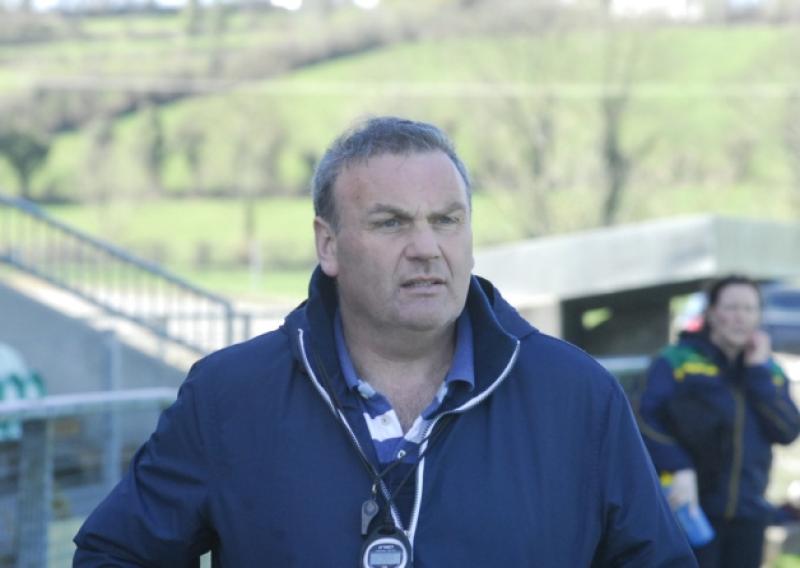 Leitrim manager Pat Costello didn’t know what to think of last Sunday’s defeat to Waterford in the last round of the Tesco Homegrown Division 3 in Ballinamore.

Leitrim manager Pat Costello didn’t know what to think of last Sunday’s defeat to Waterford in the last round of the Tesco Homegrown Division 3 in Ballinamore.

Does he look at the positives of a stirring second half fightback or does he concentrate on a poor first half performance that saw the result get away from Leitrim? But true to his nature, Pat emphasised the positives from what must have been a very disappointing defeat.

When asked what to make of the game, Pat said “Delighted with the performance in the second half, there was a lot of pride at stake and they didn’t let down the side, they did their best but it is disappointing from a management point of view that they didn’t play as well in the first half.”

And Pat admitted that Leitrim faced a mountain to climb in the second half after Waterford dominated the opening 30 minutes as he quite truthfully said there were no positives to take from the first half performance - “4-3 to 0-3 at halftime looks the game is over no matter what you did or change you made.

“Aine Tighe was in hard luck (with a shot that hit the crossbar), Carla was there for another one but it just didn’t go in, all you can do is look for positives but there was no positives from the first half.”

Attitude was key as well as work-rate according to the manager - “We knew in the second half we had a chance to redeem ourselves and get a bit of pride in the jersey, they did that and you really can’t ask any more from the second half but you would want to be getting that for the 60 minutes.

In the end, it comes down to work-rate at the end of the day, you can have all the ifs and buts but when you want to do it and do it like they did, had another goal gone in, we really had them worried.”