Waterford dominant as Leitrim have no answer 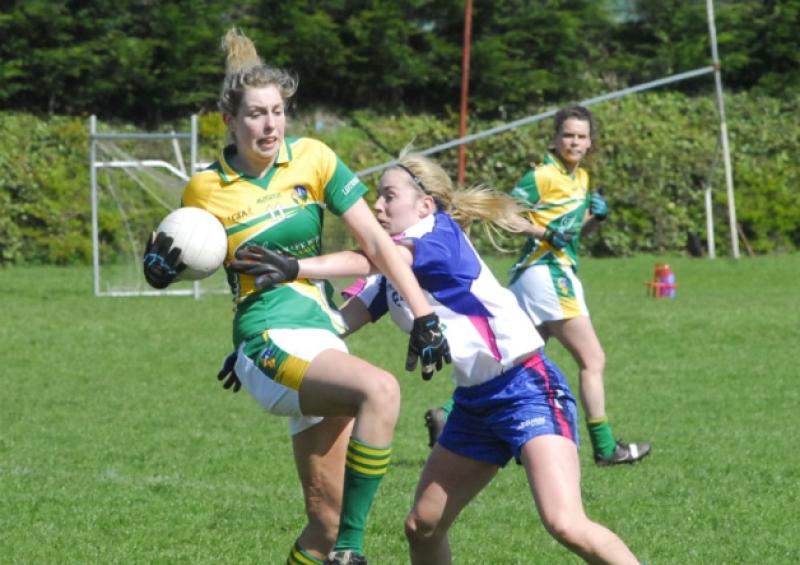 Waterford laid a definite statement of intent last Sunday in Ballinamore as they handed Leitrim a thorough trouncing in the last round of the Tesco Homegrown League.

Waterford laid a definite statement of intent last Sunday in Ballinamore as they handed Leitrim a thorough trouncing in the last round of the Tesco Homegrown League.

The final game of the Division 3 campaign saw Waterford make the long journey very worthwhile as they completely dominated the first half to build up an unassailable four goal lead at the halftime break as Leitrim looked completely out of sorts.

The final scoreline may give the impression of a much closer encounter than you would think but Leitrim grabbed their three goals in the final ten minutes as Waterford started to run in what looked like thier entire bench, allowing Leitrim to come more into the game.

Truth be told, Waterford came to Pairc Sheain Uu Eslin determined to do a job and they did it, negating the influence of Aine Tighe in attack for long periods and ripping the Leitrim defence at will, scoring three goals in the first 13 minutes to kill off the game.

The Green & Gold may take a lot of heart from their second half revival but they will be worried by their failure to impress during the first half for the third game in a row as they were fortunate to see off Wexford while Sligo built up an unassailable lead in the first half.

Waterford did much the same last Sunday, the pace and work-rate of their full-forward line causing huge problems for an over-worked Leitrim full-back line who were never able to get to grips with the ball wininng of Michelle Ryan or the pace of Sinead Ryan.

Aileen Wall and Marie Delahunty caused Leitrim huge problems while in the middle of the park, Waterford held sway as Leitrim simply never got out of the blocks. Letirim did create chances in the first half but they didn’t shoot with the confidence of earlier games where Leitrim looked quite potent.

Leitrim actually had the wind in the first half and the first two wides but Waterford opened the scoring when the impressive Maria Delahunty shot to the net after a pass from Sinead Rynan on three minutes before quickly pointing a minute later.

A block on a Michelle Ryan shot fell nicely to Sinead Ryan who finished to the Leitrim net from close range and already Leitrim were facing an uphill battle despite a fine Aine Tighe point on the run.

Another Delahunty point was followed by an Aileen Wall goal as she gathered a long ball and beat the defence to find the Leitrim net. Leitrim tried to fight back but Waterford keeper Katie Hannon produced a superb diving save to deny a great Sarah McLoughlin effort with Ailbhe Clancy firing the rebound well wide when a goal looked certain.

Delahunty added a point before Waterford plundered their fourth goal - Sinead Ryan saw her first shot saved, Delahunty crashed the rebound off the crossbar but Ryan was on hand to drive the ball to the net on 28 minutes.

Three Tighe points, two from play, got the Leitrim crowd cheering early in the second half but Waterford seemed able to answer at will and they hit back with good points from Mairead Wall, sub Shauna Dunphy and Delahunty by the 45th minute to restore their 14 point lead.

Bronagh O’Rourke did well to fire over a point with Aine Tighe adding another free but another Waterford sub got in on the scoring act when Lousie Ryan scored. However, Leitrim seemed to give themselves a sliver of hope when sub Emma Guckian, who replaced Ailbhe Clancy at halftime, drilled the ball to the net with 11 minutes of normal time left.

Waterford replied immediately and Sinead Ryan pointed while Michelle Guckian saved a shot from Louise Ryan as Waterford obviously still felt comfortable enough to send on four subs as they withdrew a host of key players over the next few minutes.

It was a decision that looked as if it would prove costly when Aine Tighe drove a low shot to the net with five minutes of the half remaining but incredibly, the Leitrim sharpshooter had an incredible miss when she drilled the ball high over the bar from seven yards out when a ball came across the face of the goal to the unmarked sharpshooter.

Waterford sub Aoife Murray hit back with a point ot leave eight points between the teams but the more fanciful among the crowd had their hopes raised again as the game entered added time when Leitrim sub Aileen Maguire scored a fine goal.

With the Waterford defence seemingly ready to concede a goal every time Leitrim attacked, the crowd started to get shout for an unlikely fourth goal but although the goal did come, it unfortunately came at the other end when keeper Michelle Guckian was badly caught out by the shot of sub Ciara Hurely, the 30 yard shot ending up in the net via the hands of the keeper.