League title defence fades away as Mayo demonstrate their class 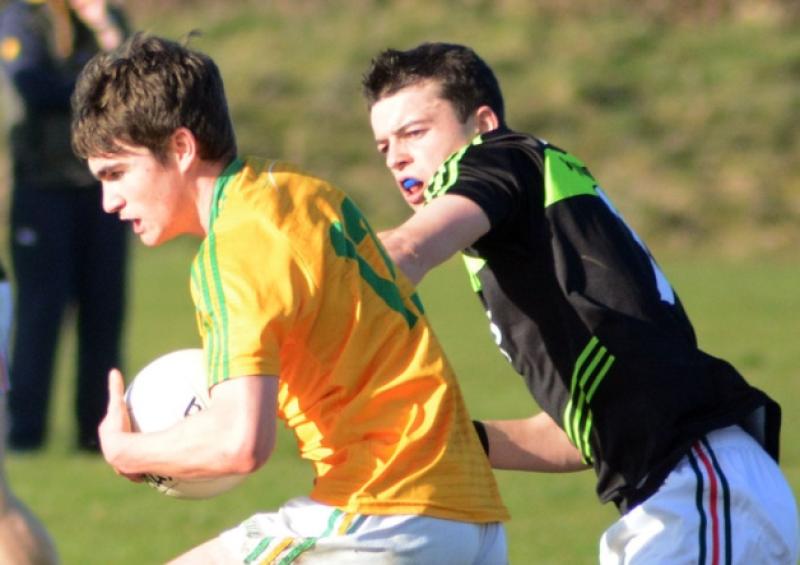 Leitrim had gone into the game knowing that a victory would leave them within touching distance of retaining the title but they met a Mayo team equally determined to lift the title and they performed best on the day.

With the outstanding Barry Duffy dominating in the middle of the park and what looks like a real gem in full-forward James Carr, Mayo were well worth their five point winning margin as they took everything Leitrim had to throw at them, dealt with it and responded in style.

The loss ends any hope Leitrim had of retaining the League crown with Leitrim on four points and both Sligo and Mayo on six points , the two teams meeting next weekend in what is, in effect, a final.

There was a degree of “what if” for Leitrim as early in the second half, Ryan O’Rourke was unlucky to see his second penalty go wide at a time when a successful kick would have put Leitrim a point to the good.

But judging from the way Mayo responded to Leitrim’s goals and the fact that the home team kicked ten wides over the hour compared to just four for Leitrim, you have to admit that the better team won on the day.

Jack Heslin was again the main threat for this Leitrim team and you’d wonder what he might have done had he got the sort of the supply going into the Mayo forward, his pace and bravery in winning the ball quite exceptional.

The ploy of playing David Bruen back in defence in front of the Mayo attack paid off in the first half but as the game went on, Mayo spread the ball to the wings and negated Leitrim’s defensive efforts.

Leitrim did have problems in the middle of the park where Mayo dominated and despite the presence of quite a few big and physically strong Leitrim players, the home side held the edge in the sector throughout.

Leitrim face Galway in the final Connacht Minor League game of the campaign next weekend and they will be looking for a strong performacne to finish off what has been a promising campaign.

Leitrim started the brighter of the two teams with Pearse Dolan scoring a lovely point on the run before the kickout was sent straight back to Jack Heslin who took off on a good run and scored from the left corner.

But Mayo weren’t long in responding - James Carr pointed after Alan McTigue did extremely well to block his initial shot before Leitrim lost the ball in the middle of the park. The ball up to Carr was off-loaded to Darren Quinn who thundered a remarkable shot to the top left hand corner of the net after just four minutes.

Patient play by Leitrim resulted in Darragh Rooney scoring from distance on six minutes but Quinn went close to a second Mayo goal when his shot cannoned off the crossbar but Leitrim got back into the game in dramatic fashion with a penalty on 14 minutes.

A high Leitrim ball seemed destined for a point but the ball hit the crossbar and Jack Heslin showed remarkable strength and agility to leap above the defenders and keeper to win the ball before being brought down, Ryan O’Rourke drilling the ball to the back of the net.

Owen Dolan had a shot fisted out but Leitrim’s lead only last five minutes when Barry Duffy and Quinn combined to release a fast moving Colm Moran across the face of the Leitrim goal and he made no mistake with a tidy finish.

Carr added a free three minutes later and the half ended with a well worked Ryan O’Rourke point as the home side continued to miss good chances as they led 2-3 to 1-4 at the break.

Mayo brought on Johnny Burke to partner Duffy in the middle of the park and it paid immediate dividends as they started to complete dominate in that sector, Duffy showing remarkable aerial prowess.

But it was Leitrim who had the chance to strike an early blow as after Quinn and Dolan swapped points, Leitrim were awarded what looked like a soft penalty for a foot-block on an O’Rourke shot. Again O’Rourke went for the bottom left corner but this time, he dragged his shot a little too much as it flew wide with the Mayo keeper in close proximity.

Mayo took advantage with two points over the next ten minutes but Ryan O’Rourke kept Leitrim in touch with a good point.

However, Mayo looked to have put the game to bed when Akram turned the ball over in the middle of the park, a quick pass into Carr saw him produce a remarkable finish to put his team six points clear.

Leitrim hit back in the best possible fashion two minutes later when Conor Cullen fisted a free to the Mayo net to cut the gap back to three but then Carr took over, scoring three points, two great efforts from play as Mayo ruthlessly saw out the game, Leitrim’s only score an injury time score from Conor Cullen.