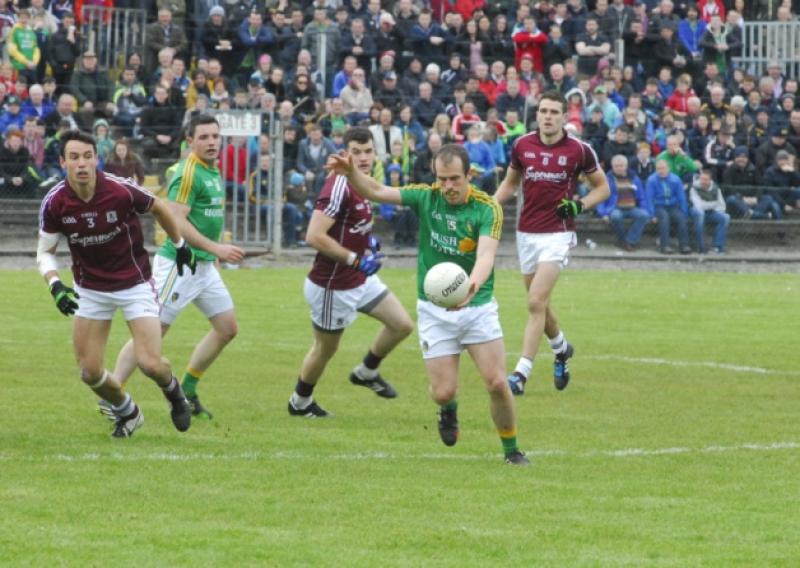 Unlike previous years when despondency and injuries blighted Qualifier campaigns, Leitrim head to Drogheda next Saturday in a very positive frame of mind according to team manager Shane Ward.

Unlike previous years when despondency and injuries blighted Qualifier campaigns, Leitrim head to Drogheda next Saturday in a very positive frame of mind according to team manager Shane Ward.

Asked about his team’s reaction to the draw and the loss to Galway, Shane told the Observer “We’re really looking forward to it, it has been a long time since the Galway game but the guys were straight back into training the Tuesday night after the game and they’ve been at it ever since, they never took a break.”

And Shane revealed that Leitrim’s players always had another game in their minds regardless of the result against Galway - “The focus was all on Galway but we were always aware that the Galway game was not the be all and end all of our season, we knew that we would either have a Connacht Semi-Final or a Qualifier game to look forward to but there has been a great response.”

And while Louth have greeted the draw against Leitrim positively, Leitrim fans see next Saturday’s game (7pm throw-in) as a real chance for the Green & Gold to earn a second Qualifier win following on the victory over Wicklow in 2012.

And it is no surprise to learn that a Leitrim manager who has expoused positivity and confidence from the first day he took on the job is in full agreement with those expectations - “I expect a very competitive game. It is a game that we feel we have a good chance in but it is a game that Louth will will they have a good chance of winning and they will have the advantage of being at home which will help them a bit.

“I expect it to be very competitive and we will have to take our chances if we want to progress.”

And Shane feels it is the attitude of the players which is driving Leitrim on, highlighting the player’s resolve in the immediate aftermath of the loss to Galway - “I would see an ambition in the players to perform, these players are full of ambition.

“There would be a certain amount of players in this team who are playing their first Qualifier game, they played Championship for the very first time against Galway and Saturday is a second bite of the cherry.”

And Shane feels that the less pressurised environment of the Qualifiers might suit his young team - “There won’t be as much pressure on them as there was against Galway and I would hope that we go out and play a positive game.”

Reflecting on that clash with Galway, Shane and his backroom team analysed the match and sat down with the players to discuss what went right and what went wrong. And the Leitrim boss feels that his team could have been a bit more positive when it came to expressing themselves.

Shane also felt that Galway’s systematic fouling against Leitrim contributed to their downfall against Mayo - “I suppose when you look at what Galway were doing against us, it proved to be a short term solution but against a better team like Mayo who can get in front, I knew those sort of tactics wouldn’t work. I think Galway gave a good account of themselves but Mayo were the stronger team on the day.”

Shane is delighted that Leitrim will go into the contest with a clean bill of health although a few players are battling niggles - “We have a clean bill of health, there are a couple of niggles in the camp and we had a few rounds of the club league so the lads wouldn’t have had much of a break but we have nothing major. It does make the job of picking the team a lot more difficult and there are some tough decisions to be made.”

As for the dreaded question of a prediction, Shane says “We’ll take the focal point off winning or losing a particular game as we have all throughout the year and will be looking first and foremost for a performance.

“We will be looking forward to the challenge, we have a young team who are looking to get as many games as we can under their belts to help in their development, players who are looking to improve and if they do that, I’d be confident that we are in with a good chance next Saturday.”